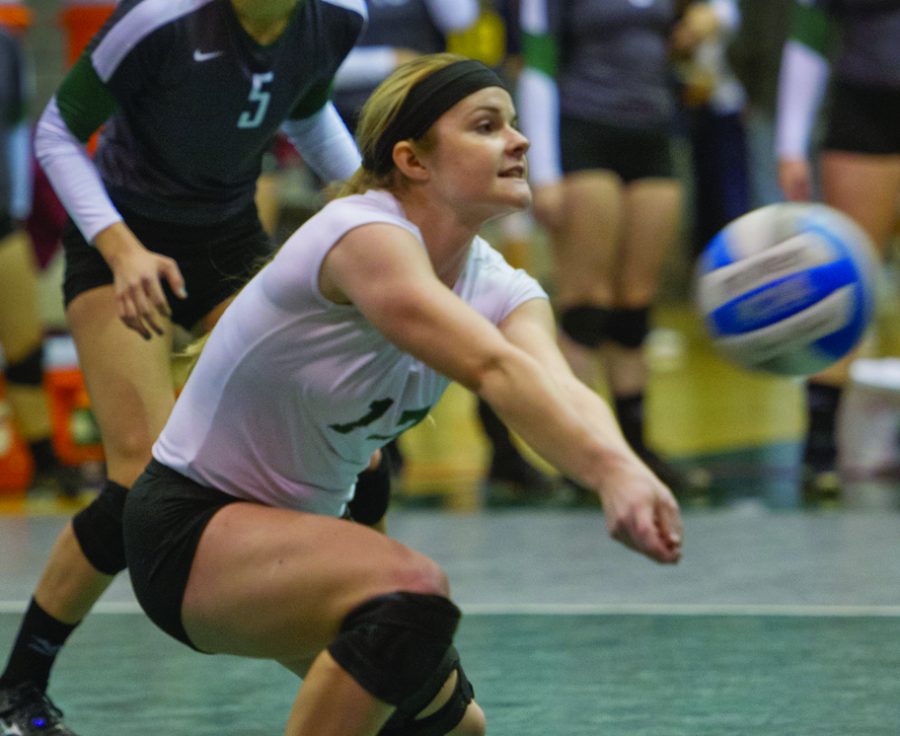 This past weekend, the Illinois Wesleyan University women’s volleyball team hosted the Barker Chevrolet Classic at the Shirk Center. Looking to make a statement, the Titan women came out strong against Lake Forest College.

First-year Nicole Bing led the way with assists as she tallied 23 of them while sophomore Colleen Rynne added another 17.

Following a dominating victory over Lake Forest, the Titan women took on the defending national champion and the number one team in the country, Calvin College.

The Titans valiantly competed against the defending champs, but it was not enough as they ended up losing in three sets. Again, senior Maddie Greybar had a strong performance, leading the team with nine kills. Colleen Rynne again led the team with 16 assists against Calvin.

“We had an awesome weekend. Our whole team played well but Maddie and our middle Maisy especially had a very strong weekend,” said senior leader Kinzie Schweigert.

“We outplayed Lake Forest and got a good win and then played very well against Calvin College who is currently ranked number one in the country,” added Schweigert.

They may have split decisions this weekend, but the Titan women are confident they still are going to have a very successful season. They look forward to taking on Webster University this Friday Sept 12 in St. Louis, Missouri.