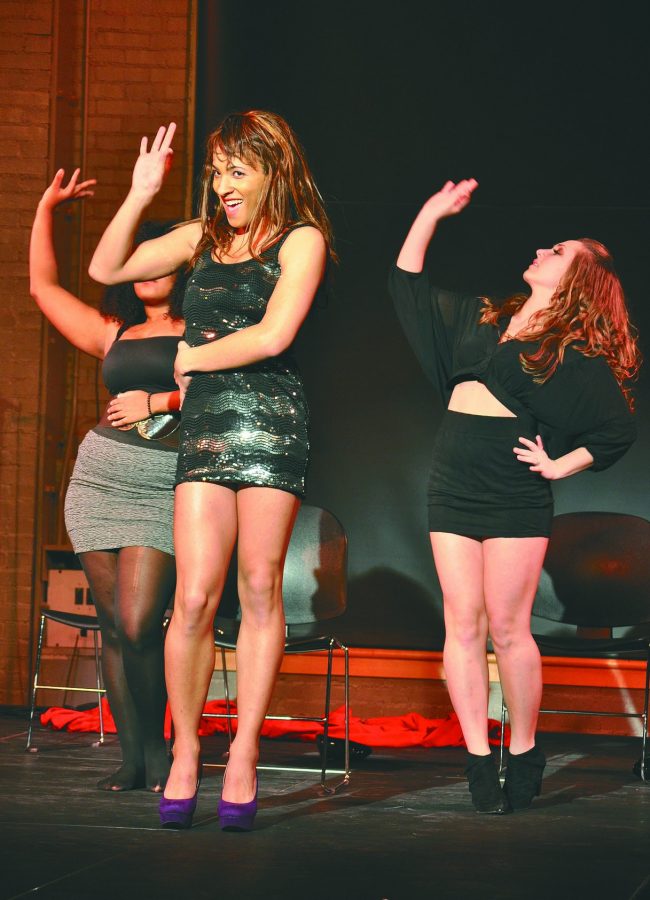 Walking to Hansen on Friday night, I was surprised at the number of dresses and high heels I saw, especially since it was the beginning of February. But even more surprising was seeing those dresses on the guys I usually see in Shirk’s weight room.
While it may be a bit out of the ordinary, it was all in good spirit as we headed to the annual Illinois Wesleyan University Drag Ball.
A drag ball is a performance in which everyone is invited to express themselves without fear of being judged.  Typically, drag balls encourage gender-bending on a grand scale, inviting men to dress as women and women to dress as men in an open and entertaining environment.
This year, the IWU Pride Alliance hosted the third annual Drag Ball at Hansen Student Center on Friday, Feb. 1 at 8 p.m., complete with a drag show and dancing. Donations were accepted throughout the night, all of which went to several local high schools’ gay-straight alliances clubs.
While the message behind the night was great, I was a little disappointed with this year’s Drag Ball.  Having attended the Drag Ball last year, I felt that the ball this year did not quite live up to my expectations.
The event last year was held in the Young Main Lounge, which has significantly more space.  This extra space not only allowed for more seating but also gave the audience a chance to interact with dancers and singers during the ball.
While the Hansen Student Center was a better location for lighting, it was not an ideal location for the event as a whole.
The entire show was held on an elevated platform this year, which separated the audience from the performance. I will admit that being higher up made viewing the show much easier.  Last year, I had a great deal of trouble seeing what was actually happening.
At the same time, I couldn’t get involved with what was happening onstage as easily as last year, which was disappointing.
The pacing of the performance wasn’t quite right, either.  While all of the individual performances were entertaining and fun, they did not necessarily go well together.
Lively and upbeat performances, such as those by sophomore Ian Stewart, were interspersed with slower and less interactive performances.
Due to the order of the acts, the event felt more like a variety or talent show than the previous Drag Balls.  A good variety show, but a variety show nonetheless.
So while many of the performances were amazing, such as senior Reggie Cooke’s performance of his self-written song, “Compromise,” it just wasn’t what I had come out for.
Although this year’s performance did not necessarily live up to my expectations, the event is always entertaining, and the message behind the IWU Drag Ball is an important one.