“May the odds be ever in your favor” in nursing school 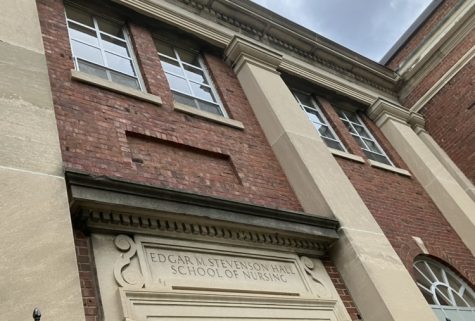 Most people have heard of “The Hunger Games” book series by Suzanne Collins. The series held a grip over almost every middle school student. I even played the character “President Nobiz L. Showbiz” in the parody play “The Humor Games” when I was in 8th grade. The series is categorized as a dystopian fantasy, and it reminds me of my real life experience as a nursing student.

In “The Hunger Games,” characters were chosen at random from a large pool of people to take part in a battle royale competition. You could also volunteer to participate in the games, like the main character Katniss did to protect her sister. When I volunteered to become a nurse, I knew that I was entering the field in the midst of a nursing shortage that causes dangerous staff to patient ratios. It felt like I was signing up for a similar fate to the characters in the book to protect my family and friends.

Not only was I volunteering for this life-threatening career, I was also entering a competition with other nursing majors. I have to fight other nursing majors to get into the Nursing Honor Society, Sigma Theta Tau. Only the top 35% of third and fourth year students gain admission to the organization. In reality and fiction, young adults are always fighting for some kind of prize.

Expect the unexpected is the unofficial motto of “The Hunger Games” and nursing students around the world. For Katniss Everdeen and her fellow competitors, they had to be wary of unknown booby traps, back stabbings and sneak attacks. For nursing students, it is the dreaded pop quiz, an unhappy surprise for many. Regardless, both nursing school and participating in deadly competitions have some perks.

If you do come out in the end as a successful victor, you hold the power to better other peoples’ lives. As a winner of the Hunger Games, one’s home district receives a literal bounty of food, as suggested by the name. As a nurse, I will be caring for people in some of their most vulnerable moments, providing help to them in a time of need.

As similar as “The Hunger Games” and nursing school are, one is fictitious and the other is set in reality. However, that also shows a point of how much fiction takes from real life and the opposite as well. At the end of the day, whether in nursing school or not, everyone faces their own kind of “Hunger Games”.