Opinion: CLA is in desperate need of renovations 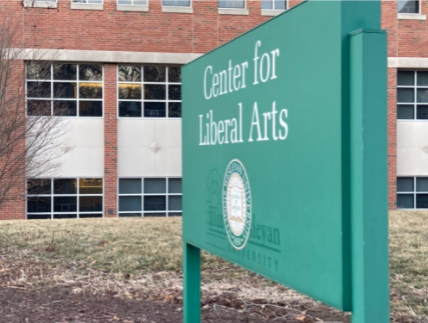 One of the reasons I came to Illinois Wesleyan University was because of its liberal arts education. Even though IWU has cut most of their language and anthropology departments, I still shell out $60,000 a year for the sake of liberal arts. Despite all of the past downfalls and heartbreaks the curriculum has endured, I think the biggest monument that displays how liberal arts is dying a slow, painful death on campus is the Center for Liberal Arts (CLA) building.

I am an English-Literature major, so naturally most of my literature courses take place in the CLA but these aren’t the only classes CLA is used for. Departments such as political science, Spanish-language, history and many more also call the CLA their home. Despite all these classes, it looks like no one knows it exists.

For a building dedicated to the university’s main curriculum, I feel short changed at the status of its appearance. Tucked away next to the Hansen Student Center, it tends to blend into the scenery. The inside is covered in 80s-chic carpet and wallpaper, with tiny windows each about an inch thick. The desks are barely big enough to fit a notebook let alone a laptop. It’s not like ceiling tiles are falling from above or there are major damages to the building itself, but out of all the buildings on campus, it seems like the CLA was left out of  renovations.

We can turn to the administration and President Nugent to see if any money will be put towards giving CLA some much needed love.Instead, they have chosen to focus more attention on their crown jewel: the IDEA Center. Located below the Dugout, the IDEA center is filled with a 3D printer and hydraulic chairs that I believe  are hardly touched by anyone. The university describes it as an “innovation hub” where students can make startups, build prototypes, and grow into an entrepreneur. The only downside: I think barely anyone on campus uses it.

Despite its lackluster “success,” the school has moved forward with a plan to tear down Gulick Hall and replace it with a newer residence hall with an attached building completely dedicated to a bigger IDEA center.

Now, I understand I’m throwing a lot of shade on the IDEA center. The IDEA center offers a lot of cool resources that students don’t realize, like an embroidery machine and other cool gadgets you can’t find often. Where I take issue is that the school ignores the amount of students who actually utilize these resources compared to the amount of students who actively go to the CLA for much more. I think many students can agree that Gulick was losing its “livable” status but to build a newer IDEA center for even more people not to use? Why not pay attention to the most used buildings like the CLA that desperately need the updates?

The Center for Liberal Arts, to me, is one of the most integral yet underrated buildings on campus. Putting classes aside, the CLA is home to World Language offices, several departments, Study Abroad resources, and so much more— all things that truly speak to what Illinois Wesleyan is about. Without a true liberal arts building, I might as well switch my major to STEM while I’m ahead.