Opinion: Qdoba is superior to Chipotle in comparing Mexican takeout 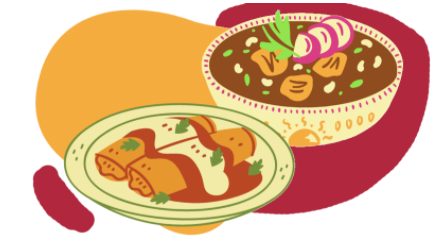 Sitting only 0.9 miles away from the northwest corner of the Illinois Wesleyan University campus, Chipotle has been a guilty pleasure for IWU and Illinois State University students for many years. There is nothing better to do on study breaks than enjoy a nice chicken burrito bowl with all of your favorite toppings.

Chipotle is available for dine in, carry out, mobile/order ahead, and even delivery services like DoorDash. I hardly ever go into Chipotle without seeing a line of college students waiting to get their yummy meal. Although I do spend a lot of time at Chipotle due the short drive from campus, I have a different preference when I am craving a steak burrito with corn salsa and cheese.

Qdoba was opened in 1995, two years after Chipotle opened in 1993. Offering an extraordinarily similar menu to Chipotle, it has become one of Chipotle’s biggest competitors. Both places serve burritos, tacos, salads, etc. with a choice of chicken, steak, veggies, meatless options, and more- there are some major differences that lead me to favor Qdoba.

The lower cost of Qdoba is what initially drew me in. A chicken burrito bowl with brown rice, black beans, corn salsa, and guacamole from the Chipotle closest to campus is $9.60, while that same order at the closest Qdoba is only $8.95. This difference could be attributed to the fact that Chipotle charges extra for guacamole while Qdoba doesn’t. As college students, I am sure we can all appreciate a cheaper alternative.

Another quality of Qdoba compared to Chipotle is that they offer ground beef as a source of protein on entrees. Don’t get me wrong, Chipotle’s steak option is delicious, but it doesn’t quite compare with the ground beef in my opinion. Another shortcoming of Chipotle’s menu is its failure to offer multiple types of queso. Qdoba offers classic queso as well as their queso diablo. The latter is a great choice for when you are looking to add a nice savory kick to any burrito bowl or other entree item. Yet, if you are going for a classic creamy queso to enjoy with warm tortilla chips, they offer that as well.

Growing up, I always went to Qdoba instead of Chipotle because that is what my older sisters preferred; so it caught me by surprise when so many of the people I’ve met here at IWU said they have only had Chipotle. Many of those who had tried Qdoba said they usually stick to Chipotle anyways due to the accessibility here in Bloomington-Normal, especially relative to the IWU campus. It is almost half the distance down Main Street that Qdoba is. I completely understand this logic. It isn’t rare to see me enjoying a meal from Chipotle despite the things I have just mentioned. It is especially likely when I am in a rush and don’t have time to make the trip all the way down to Qdoba. But you can bet that when I have time, I am in the Qdoba line, eager to enjoy my ground beef burrito bowl with free guacamole at an affordable price.