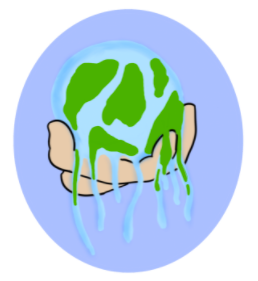 The discussion on climate change needed to be aggressive and clear, and many leaders wanted more support for Biden’s Build Back Better Plan. The Intergovernmental Panel on Climate Change (IPCC) came out with a report before COP26 that detailed 10 Climate insights that need to be taken into account throughout the discussions in Glasgow.

The first insight was that 1.5 degrees celsius is still achievable but overshoot of this temperature goal was likely because there is a 2 billion gigatonne reduction needed with an additional linear decrease five percent yearly.

The second insight of the 10 that needed to be taken into account discussed how methane and nitrous oxides cannot be ignored within the decreases of emissions and need to be included and reduced. The third insight talks about the megafires happening all over the world. With Americans familiar with the fires in California that have not stopped burning nor been able to be controlled. These megafires are actually amplifying the already warming climate, affecting every ecosystem they touch.

The fourth insight discussed how tipping points within the climate, although now less likely, are still ever so dangerous. The fifth insight was that the climate action taken must be just with the richest 1% decreasing their emissions by a factor of 30 and the poorest 1% able to increase their emission by a factor of three. The world’s poorest are the ones that are suffering the most compared to the world’s richest that can afford to adapt to the changes within the climate that only affect them minimally.

The sixth insight relates closely to the fifth insight about climate justice that stated that household behaviors and lifestyles must change, specifically consumption patterns. For the top 1% that would mean both dispersing their wealth as well as not supporting a consumerist lifestyle and helping those that cannot provide for themselves or protect their families from climate change and the increased weather disasters it brings.

The discussion of politics in carbon pricing was what the seventh insight was composed of. There is currently carbon pricing in 61 countries but that only covers 20 percent of carbon emissions. The European Union carbon pricing is an example of how successful this program can be if the pricing is increased to make an economic difference.

The eighth climate insight was that nature based solutions are fundamental and need to be robust and resilient. Specifically not using already natural carbon sinks as additional offset resources because they are already factored into the current carbon budget we have.

Number nine discussed the resiliency of the ocean and how it is the global thermostat. This is important because there are countless threats to the ocean including direct exploitation, invasive species, pollution, climate change, and habitat destruction and modification. Protecting marine life needs to be at the utmost priority as they support the ecological systems.

The tenth climate insight was that the costs of climate change mitigation are justified by the benefits to the health of humans and nature. The ultimate cost of climate destruction is the health of humans and animals combined. Thus the cost is worth the ever increasing price as we continue to delay climate action to work on mitigation and adaptation strategies for the future.

The Gaslow Conference spreads awareness for climate change and what we can do to stop it, implementing necessary measures to be utilized in preserving our planet for future generations.