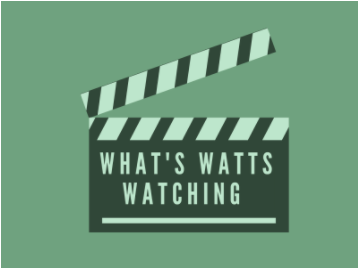 Trigger Warning: This article discusses the topic of rape.

I’m not sure if there is any duo in Hollywood as iconic as Matt Damon and Ben Affleck. Best friends since they were in elementary school, Damon and Affleck exploded into stardom after writing and starring in Good Will Hunting (1997). Though the two have remained close through the years, the last time they appeared on screen together was in Jersey Girl (2004). That is, until last weekend with the release of The Last Duel.

Not only did Damon and Affleck reunite on screen for their new film, they wrote the screenplay together as well. With additional help from Nicole Holofcener, who notably worked on Can You Ever Forgive Me? (2018), the writing of this film was generally a strong point.

The Last Duel follows the story behind the last ever judicially sanctioned duel in France. Matt Damon plays Jean de Carrouges, opposite Adam Driver (known best for playing Kylo Ren in Star Wars) as Jacques Le Gris. The two begin the story as good friends, but after their new leader makes a number of questionable decisions benefiting Le Gris, they have a falling out. Some time later, de Carrouges’ wife Marguerite, played by Jodie Comer of Killing Eve, accuses Le Gris of raping her.

I want to preface this review by saying that I feel this was a great movie, but it’s far from perfect. The story of this film is incredible, and an important one to tell. The way the story was structured, on the other hand, could use some work.

With a 2 hour and 32 minute runtime the story definitely drags on. The same events are told from three separate points of view with very slight differences. The first 45 minutes of the movie is devoted to de Carrouges’ version of the story with the next 45 minutes told from Le Gris’ perspective.

The last hour of the movie is presented as the truth, told from Marguerite’s point of view. While seeing different perspectives of the same story can be enlightening, the majority of the movie was devoted to showing stories that were clearly falsified and, in the end, felt pointless. The sheer length of this film will undoubtedly turn people away from it, which is a shame since it probably could have been just as good if it were an hour shorter.

The Last Duel is composed of incredible acting. Ben Affleck who plays King Charles VI, steals every single scene in which he appears. With his bleached blonde hair and beard, his character feels a tad out of place at times. Though, he is still fun to watch and brings life to an otherwise extremely dark film.

Jodie Comer gives an equally amazing performance. Comer’s portrayal of Marguerite is defined more by subtlety and repressed emotion than the flamboyant Ben Affleck, and she executes it perfectly.

The Last Duel is likely to receive some Oscar buzz, and I’d expect the film to earn a couple of acting nominations, as well as recognition for its costume, sound, and set design.

Unfortunately, with the release of Halloween Kills on the same weekend, The Last Duel never had a chance to do well at the box office. The film has a compelling narrative that feels scarily relevant in today’s world, that evidently nobody wanted to see.

At the end of the day, a story can only have an impact on those who listen to it. Despite its flaws, this film holds a powerful message that needs to be told. Sadly, I doubt that Marguerite de Carrouges’ truth will ever be heard by the masses. I encourage everyone to see The Last Duel if they have the chance.