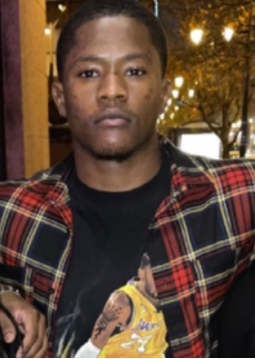 Since this issue went to print on 9/24, The LaSalle County coroner confirmed that the body found in the Illinois River on Sept. 4 is ISU student Jelani Day.

The disappearance of 22-year-old Gabrielle Petitio has captivated anyone with access to a news station since September 13. Petitio and her fiancé Brian Laundrie left New York in July for a cross-country road trip out to western national parks. Petitio published their trip onto her social media accounts throughout July and August, but did not return home with Laundrie in September. Petitio’s parents reported her missing September 11, and the case gained a massive internet following days later. Petito’s remains were found and identified in Wyoming on September 21 and Laundrie has been identified as a person of interest in the case. Her death was ruled a homicide.

Petito’s disappearance quickly found itself in a niche of the internet, specifically on the app TikTok, where crime-obsessed users play detectives and attempt to help law enforcement solve ongoing cases that they find interesting. As of September 23, the hashtag #gabbypetito on TikTok has 900.8 million views, and top videos feature creators discussing their theories on the case.

TikTok user and true-crime podcaster Haley Toumaian, @robandhaley, has posted over 50 videos about Petito’s disappearance with one of the videos garnering over 11 million views. Some of Toumaian’s videos go over the facts of Petito’s case as reported by police while others cover Toumaian’s theories.

Toumaian, in one video, analyzes the lyrics of a song on one of Petito’s public Spotify playlists in the context of her disappearance.

In another video, Toumaian reveals her theories on the roots of Petito’s hair in her last Instagram post before her death. When asked in a comment why she was so invested in Petito’s disappearance, Toumaian said on September 21 that the case “really stuck with her” because she believed that Petito and her were very similar in terms of age, occupation, and their social media followings.

Petito’s disappearance and death is heartbreaking, and her murder follows an ever-growing list of women who disappear every year. There is a distinct difference in the way that Petito, and many white women’s disappearances, has captured national attention as opposed to other missing-person cases, specifically cases involving indigneous persons or persons of color (POC).

Jelani Day, a graduate student at Illinois State University (ISU), went missing on August 25. His disappearance was reported by his family as well as an ISU faculty member. An unidentified body was found in the Illinois River on September 3. Day’s mother Carmen Bolden Day said that she has not received any word after providing DNA samples on September 6. Day’s mother was told that the samples could takes days or weeks to process. Day’s car was found in Peru, Ill., on August 26, and contained the clothes he had last been seen in. According to his mother, only one Bloomington Police Department (BPD) detective is on the case but BPD officer John Fermon clarified that other staff was assigned to help as needed. The Peru Police Department (PPD) is also involved in the investigation, but BPD said in a conference this week that “the investigation remains ongoing and could take considerable time.”

“He is not a nobody, he is somebody, and I want him to come back home,” Bolden Day said in a news interview with Newsy on September 17.

“I want them to look for my child like they’re looking for [Petito],” Bolden Day said.

Day’s disappearance has been closely followed on social media with users in the Bloomington-Normal area and has slowly begun to make news in larger cities like Chicago, but the response that Day has received has been essentially silent in comparison to Petito’s. Almost 25 percent of Chicago’s 838 open missing persons cases as of August 1 were black women. In Wyoming, where Petito’s remains were found within two weeks of her missing-person report, 710 indigneous women were reported missing between 2011 and 2020. These cases are just the ones that are reported.

Day’s mother is right to critique news stations and social media for their obsession with Petito. Since the stark difference in attention has been pointed out, TikTok users like Toumaian have posted Day’s case for their audiences but the larger issue is the fact that he was never on the radar as a missing black man. News outlets such as NPR and CNN have begun to cover Day’s appearance, but primarily in conjunction with other missing persons of color cases.

It’s true that the BPD has less resources than the FBI, who took on Petito’s case since it took place on federal land and crossed state borders. But it’s also true that the American public cares less about a missing black man than they do about a missing white woman. Journalists who have covered Petito’s case with a fervor for the last two weeks should ask themselves why they don’t feel the pressure of a frenzied newsroom when a black man goes missing. As a journalist myself, I understand the response. If people are talking about something at the magnitude Petito was being discussed, reporters are going to race to get their stories out as fast as possible. The unique opportunity of journalism is to give a voice in stories about people that don’t have one. Petito’s case was focused on her humanity because she was a white woman. Day’s case is a statistic that journalists will continue to use at the end of stories about women like Petito.