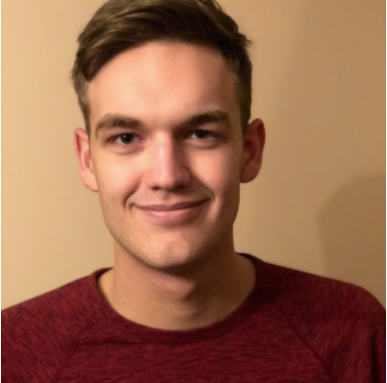 Movie reviews are often polarizing and so I always find it helpful to get to know the person who wrote the reviews that I read. It is beneficial to know which critics I agree with and that helps me decide whether or not to watch a movie.

I thought it would be a good idea to devote this week’s column to establishing my taste through discussing three of my favorite films and why I appreciate them as much as I do.

Horror is my favorite genre. I can have a great time laughing at bad horror movies, and an even better time shuddering at the scary ones.

Out of the hundreds of horror movies I’ve seen, I confidently say that mother!, directed by Darren Aronofsky, is my favorite. This film is an extended metaphor for the way humans treat Earth, mother! provides thoughtful commentary while also offering some genuinely scary moments.

The film follows a couple’s relationship through renovating a Victorian mansion. The couple also welcomes a number of unexpected guests who arrive, and stay, at their home. Terror strikes soon after.

The way that Aronofsky directs the film puts me at the edge of my seat during even the most mundane conversations in the film. I tend to recommend this movie to those who want to break out of their comfort zone in film.

If you’re looking to try something new, mother! provides an engaging plot, while also introducing some aspects of arthouse cinema.

My favorite film to recommend is Eternal Sunshine of the Spotless Mind, directed by Spike Jonze. Eternal Sunshine is a science fiction romantic comedy. The film follows a man who decides to have his memories of his ex-girlfriend erased from his mind. In the film the ex-girlfriend also decides to erase the memories of the relationship as well. Throughout the film the intricacy of relationships and the pain of breakups is unfolded.

Charlie Kaufman is my favorite screenwriter, and this film was undoubtedly the peak of his career. The movie has hilarious comic beats that are beautifully contrasted with some of the more heart wrenching scenes later in the movie. I’ve seen the film well over ten times, and every time I watch it, I immediately want to watch it again.

The last film is also my favorite film of all time and it is David Lowery’s A Ghost Story. I’m not sure that any movie has had as profound of an effect on me as this one.

The first time I watched this movie, I was left sitting on my couch completely speechless for well over thirty minutes. Others that I’ve recommended the film to have said it’s left them in a near comatose state.

A Ghost Story follows a man, C, after he dies. C watches his wife grieve his loss, move on, and eventually leave his ghost and the house he’s stuck in behind. The film has hardly any dialogue, and has a script consisting of very minimal scenes.

I recommend this film to those who are  interested in expanding their taste in film, or anyone who is going through an existential crisis. This film had an enormous impact on me for many reasons, and I’m not sure there will ever be another movie that will top Ghost Story in my opinion.

In general, most of the films I love are incredibly sad, and often very strange. These movies hurt me, they break me down. But they also teach me, they show me a perspective that I might not have been able to see clearly before.

A good friend of mine always tells me that movies can be more than just movies, and he’s absolutely right. Movies are a form of art, and their impact on us should result in more than a round of applause as the credits roll.

Movies have completely changed my life. I hope that everyone finds a movie that leaves an impact on them for the rest of their lives.

Check out Watts’ review of “Malignant” from last week.