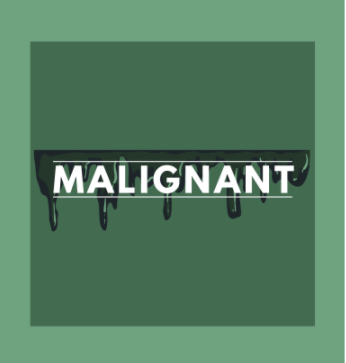 Australian director, screenwriter and producer James Wan is known for films that inspire series. Wan has created  Saw, Insidious, and Conjuring franchises, all of which combine to make 22 films and counting. This weekend, Wan released his first stand-alone movie in eight years, and my expectations were high because of all his previous work.

Malignant released to theaters and HBO Max on September 10th. The film follows Madison Mitchell, played by Annabelle Wallis of 2017’s The Mummy, after a terrible accident leaves her with visions of murders occurring around her city. As she tries to help the police solve the sudden crime spree, she also uncovers a mystery in her past.

The first time I saw this movie, I was completely speechless. My jaw dropped about ten seconds into the film and never came back up. While watching, I was constantly asking myself what was going on and what Wan was doing with the story. After a second watch, I was able to appreciate Malignant a lot more.

I think that those heading into this film should know that its tone matches that of a 1980s B-movie. A B-movie is a low budget film that is normally created to be a double feature. Watching Malignant, I was reminded of Wes Craven’s later work that pokes fun at horror as a genre. Craven is the man behind classic films like the Scream franchise and A Nightmare on Elm Street. However, Wan’s satire is much more subtle than Craven’s. He constantly teases both himself, and his audience for taking horror so seriously, travelling back to a time of camp, gore and hilarity.

Wan clearly instructed his actors to perform every scene at an eleven on a ten-point scale, making it hard to take even the most tragic scenes seriously. This choice leads to some side-splitting reaction shots of characters seeing horrific things. Wan washes out the color of his cinematic world with a filter reminiscent of a David Fincher flick. Though, perhaps his most interesting choice was the score he employed. The score was done by Joseph Bishara. The opening credits, and many scenes afterwards, are accompanied by unrelenting punk rock guitar riffs, a decision that left me laughing out loud upon rewatch.

Leaving the theater after my second viewing, it was clear that most of the other audience members were underwhelmed by what Wan had produced. They were expecting Wan to recreate the scares of The Conjuring or Insidious, but that wasn’t what this movie was trying to do. I heard it called stupid, nonsensical, and played out which, in my opinion, is exactly what Wan was going for.

This film’s only downfall has been its gross mis-marketing. Consequently, I’m not sure that it will ever be appreciated as much as it should be.

Despite the zany choices that Wan made throughout, the technical direction of the film was still top tier. There were a number of breathtaking bird’s eye view shots used in the film. There were also quite a few long, tracking shots that left me impressed. A few of the action scenes in the film were on the same level as Kingsman: The Secret Service, which left me absolutely stunned. All of this was topped off with one of the best endings I’ve seen in recent memory, wrapping up the mysteries of the movie perfectly.

I would recommend this film to any fan of horror that doesn’t take the genre too seriously. I’m not going to say that there aren’t some genuinely terrifying sequences, but the film plays as a satire of the genre that Wan has helped develop. All in all, I’m giving Malignant a solid 4/5 stars. My last piece of advice is to see this film with friends. It was incredibly fun to laugh at this film in a group, and it’s sure to spark some interesting discussion as the credits roll.