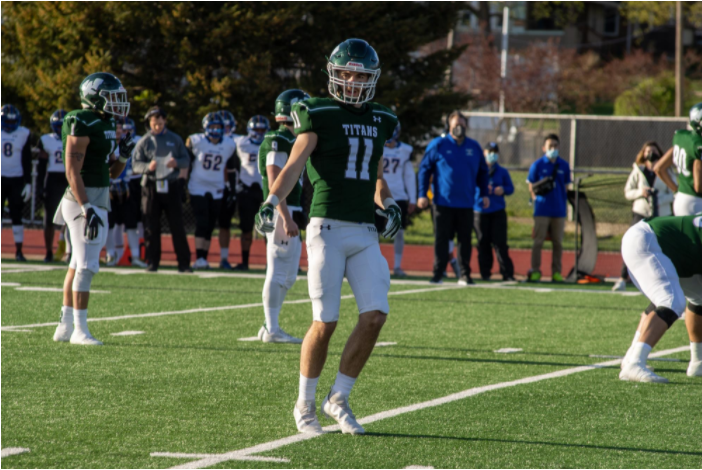 On September 4, Illinois Wesleyan football faced off at home against Franklin College in the team’s season opener. The team was leading in the first quarter against the Grizzlies but by the end of the first half, the Titans lost their lead as the score tied.

The Titans opened strong only minutes into the first quarter, with Schindler’s 25- and 50-yard touchdown strikes to Hamilton that brought the score to 14-0. Schindler again met Porthoff with a 35-yard touchdown just before halftime, but not before Franklin was able to etch out 21 unmatched points. As the buzzer rang for halftime, the scores were an even 21-21.

“Everyone was buzzing as the first quarter ended, but you could definitely tell the energy had changed by the end of the game. It’s only the first game of the season, though, so I’m rooting for the guys next week,” junior spectator Emily Canter said after the game.

The Grizzlies began the third quarter at the 38-yard line and were able to take advantage of their position. In only four moves, they upped the score to 28-21. The fourth quarter brought defeat for Illinois Wesleyan, who eventually ran out the timer with a score of 35-21.

The Titans have a chance to get back in action on September 8 at Carroll University in Waukesha, WI during the College Conference of Illinois and Wisconsin.