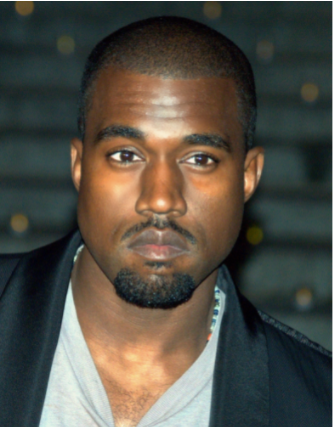 In all honesty, I am not a huge fan of Kanye West. From the outside, I’ve always seen him as an interesting character, to say the least. When I hear the name Kanye West, I automatically think of the VMA Taylor Swift incident when he interrupted Swift’s acceptance speech for Best Female Video for “You Belong with Me” to announce that the award should have gone to Beyonce for her video for “Single Ladies”. I even think of his unexpected and uncalled for run for president and obscure Valentine’s Day gifts to ex-wife, Kim Kardasian. His role in the music industry as an artist is reflected in the immense number of fans that overlook such vices. His newest album, Donda, released on August 29th, has been anticipated for over three years and I didn’t have high expectations based on the character I’ve seen. However, after listening to the album, I’ve had a few changes of heart.

Before diving in, it’s important to acknowledge Kanye’s past since it influences so much of this album. For starters, Donda was his mothers’ name, and she raised him as a single mom, making her and Kanye very close. After her death in November of 2007, Kanye was speculated to struggle with bipolar disorder and bouts of depression, starting a slow spiral into a Kanye we recognize today. After many years and many delays in the release, this album is finally a tribute to her and the other hardships he has faced. It’s difficult to separate the art from the artist themself and critique them. In an ideal world, I’d like to focus on his music rather than the questionable things he’s done but both his art and his life go hand in hand. That being said, let’s dive in.

The album is longer than the average release of about 30 minutes. Clocking in at an hour and 48 minutes, Donda contains 27 songs, each with an original sound but with hints of current trends. Also, the album contains a lot of collaborators, such as The Weekend, Marilyn Manson and DaBaby. The most striking part of the album is the raw truth embedded in the lyrics. In his portrayal in the media, Kanye is very unreadable, untraceable. No one seems to understand why he says the controversial things he says and he also does not apologize for it often. However, when looking deeper into his music, a very self-aware Kanye comes through. In “Come To Life,” Kanye is very self-reflective about his marriage with Kim Kardashian when he sings, “I don’t wanna die alone/I get mad when she gone/Mad when she home”. In “Moon,” Kanye reflects on his past and states that even though you can find comfort in memories you still need to look forward and “go to the moon”. I think Donda not only serves as a tribute, it aids in Kanye’s quest to be more self-aware of his life and his choices.

While Kanye is a celebrity, heis an artist and treats his music as such, which is uncommon for popular musicians today. After releasing Donda, he immediately said he was unhappy with it because it feels unfinished, so he is currently working on revising it. This is something that Kanye has done for many albums previously, going back and reworking songs. There is a saying by Leonardo Da Vinci, “art is never finished, only abandoned” and Kanye understands that. He does not abandon his art.

While this album has changed my view of Kanye West as an artist, it does not excuse the things he’s done in the past. But on the other hand, we see a Kanye that is humble underneath all of it, self-aware of his mistakes, grieving his mother, and fighting his demons with his music. Donda shows us that even though Kanye West is a flawed person, he knows how to make a damn good album. Overall 3.5/5 stars.