Clickbait rises to the top of Netflix’s top ten 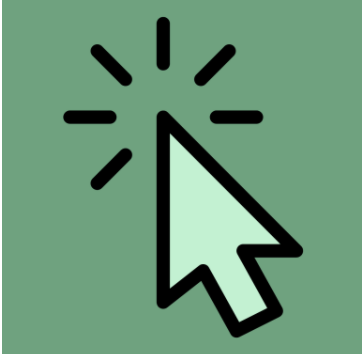 Netflix’s new crime thriller show Clickbait received very high remarks within the past week. The show was released in late August 2021 and is now number one on Netflix’s top 10. This show’s rise to the top is due to the intriguing plot and set up of the show itself.

Clickbait is an American-Australian miniseries created by Tony Ayres and Christian White. This stream-only show had all of its episodes released at one time. Streaming services with original shows normally release once a week to recreate cable tv.

This show utilizes family drama which then leads into an absolute thriller. Nick Brewer (Adrien Grenier) is a married man with two children. In the first episode Nick is abducted.

The show title also comes into play when his abduction turns into a viral video. His loved ones, mainly his younger sister Pia Brewer (Zoe Kazan) take on the role of saving Nick. While Nick originally seems like he will be the main character, his family and the people involved in his case are the real stars of the show.

The show starts off with a family dinner to celebrate Nick and Pia’s mothers birthday. The family does not appear to be happy during what is supposed to be a celebration. Pia is causing problems which seems to be a typical occurrence for the family based on the way they respond and then Nick decides to kick her out of the house.

The next day all of their lives go on in a normal manner. Pia is at job as a nurse and one of her patients shows her a video that is beginning to go viral. The video is her brother holding up signs with things that say “I killed a woman” among other things. The true intensity in this viral video comes from the last sign Nick is holding up which states “At 5 million views I die.”

The family, mostly Pia, goes to the police and tries to pressure them to find Nick. Pia asks Sophie Brewer (Betty Gabriel), Nick’s wife, to help her try to solve the case of Nick’s abduction. The two decide to do their own research and not completely rely on the police.

Other than the abduction and viral video there are many underlying concepts in the show. Each episode is from a different character’s point of view. The episodes go through Nick’s family, head detective and everyone who could potentially be involved in this case.

This show has many twists that leave the viewer in the dark until the very last episode. Within every episode there are small mysteries that are specific to the character of that episode that almost distract the watcher from this huge mystery of Nick.

While the family is dealing with the abduction of Nick, they are also handling the fact this is a huge press opportunity. In every episode the family has at least 15 reporters outside of their house. Since the whole case of Nick is viral, it is very popular in the media’s eye.

One dynamic in this show that drastically changes is the relationship between Pia and Sophie. The two have a rocky relationship but together through trying to help their loved one the women grow immensely. While Nick is still missing, the two only have each other for family and they are very lost in this uncertain time.

This show is suspenseful and at the same time you cannot stop watching it. Clickbait contains heavy topics but the separation of point of views makes this show incredibly easy to watch.  I would fully recommend this show because you truly never know the answer about Nick until the end. Personally I have never been a fan of suspenseful mysteries, but I happily watched this show in less than four days.