How the zodiacs landed in the stars 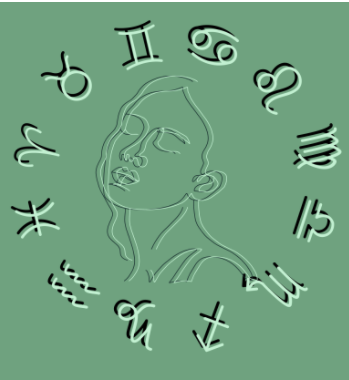 A common question is “What are your big three?” This means your sun, moon and rising signs. Your sun sign is the most commonly known, this usually relates to your personality. Your moon sign represents your emotional side or intuition. Finally your rising sign is how others see you or perceive you.

It can be very interesting to discover more about your zodiac sign, it is also an added benefit in my opinion to learn more about the mythical story behind the signs.

Mother Earth had some serious issues with the gods, enough so to send a fire-breathing monster named Typhon to fight them.The forest god Pan had the legs and horns of a goat. To help the gods, Pan told them to disguise themselves as animals to avoid Typhon. Typhon ends up going after Pan, and in panic, he jumps into the river Nile. This caused his lower half to turn into a fish. This is why a sea-goat is what represents Capricorn, but the story does not end there. Zeus ends up fighting Typhon and has the muscles in his hands removed. Pan then heals Zeus, allowing him to defeat Typhon. Acknowledging his help, Zeus immortalizes the image of Pan as the constellation Capricorn.

This story focuses on a man named Ganymede, who Zeus became very interested in. Zeus brings Ganymede up to Mount Olympus to be the official cupbearer. Ganymede was in charge of pouring the god divine drinks. Ganymede replaced Zeus’ daughter Hebe, which made Hera, Zeus’ wife, and Hebe’s mother upset. Now there are different variations of this myth that says that Zeus was in love with Ganymede and that Hera was jealous, but Zeus did give a lot of attention to Ganymede so it might not be too far off. However, Ganymede realized he did not like his job, then noticed the people of earth were not getting water, despite the fact that they needed water. In an attempt to help, he pours the gods’ drink down to earth, causing it to rain for days and flood the earth. Ganymede is then placed  in the stars at the constellation of Aquarius.

The story of Pisces takes place at the same time as Capricorn. When the gods were told to transform into animals to escape Typhon, Venus and her son Cupid were not prepared. Venus prays to the water nymphs for a way to hide and the nymphs answer by transforming the mother and son into two koi fish with a cord connecting them so they cannot lose each other. To thank the nymphs for their help the two fish were recorded into the sky as the constellation of Pisces.

Now the story of Aries doesn’t involve a golden ram, rather a golden fleece. Jason, the son of King Aeson, was seen as a threat by Pelias. Pelias sends Jason on a mission said to be impossible, to retrieve the Golden Fleece from King Aetees of Colchis. Jason assembles a group of warriors to aid him, known as the Argonauts. This group also included the legendary Hercules. After the group overcomes two fire-breathing bulls and stone warriors made from dragon’s teeth, the king did not want to give up the Golden Fleece and planned to have them killed. Fortunately, Medea, King Aetess’s daughter, led them to where the fleece was. Jason and the Argonauts return home and Jason retook the throne. The Golden Fleece was placed in the sky as the constellation Aries.

Persephone spends half the year in the underworld with Hades, and the other half on earth, but no one knows of the wild bull she stumbles across. This bull was called Cerus and was known for causing destruction in the village and everyone was afraid of him. No one knows where Cerus came from and no local farmers owned him. After spending her half of the year with Hades, Persephone sees Cerus stomping on flowers near the village. She approaches the bull and they quickly form a bond. Persephone calms Cerus and teaches him patience and kindness. Ever since, when Persephone returned to earth, as they walked, flowers grew behind their footsteps. When Persephone returns to the underworld, Cerus returns to the stars as the constellation of Taurus.

The story of Gemini starts with the twin brothers, Castor and Pollux. While the twins shared the same mother, Leda, the boys had different fathers. Castor’s father was Tyndareus, the King of Sparta, making him mortal. Pollux’s father, however, was Zeus, making him immortal. Still, these brothers went on many adventures, including the quest for the Golden Fleece and fighting together in the Trojan War. Eventually, Castor, the mortal brother, died. Grief-stricken Pollux begged Zeus to take his life and give his immortality to Castor. Zeus was touched and instead awarded both brothers immortality and a place in the stars as the constellation of Gemini.

Poseidon is the god of the sea, but he was actually forced into hiding after he was attacked by the vicious monster Typhon. Poseidon left a giant crab, named Crios, in charge of protecting the sea nymphs that lived in his underwater kingdom. After a while, the sea nymphs grew impatient and wandered off into the open sea. Crios asks the giant squid, Vamari, for help but things didn’t go as planned. Vamari was a vampire squid that swam after the nymphs and ate them. Crios finds out and a huge fight breaks out between Crios and Vamari. Even though Crios won, he sustained severe injuries. Crios wanted to be laid to rest but couldn’t because he was an immortal crab, so after Poseidon returned, he honored Crios’ bravery and relieved him of his pain by placing him in the sky as the constellation of Cancer.

The story of Leo is the most toxic of them all which is fitting. Hera sends a powerful mystical lion to live in the cave in Nemea, which is where Zeus’ shrine was. Anyone who wished to worship Zeus had to get through this ferocious lion. After that Hercules was tasked to defeat the lion and take its pelt to King Eurysthenus. However, this lion was no ordinary lion, the lion was more than twice the size of a normal lion and, most importantly, its skin was indestructible.. Hercules ends up using the lion’s own paw. He succeeds and brings it back, but decides it would be better to keep it as his armor. Eventually, the lion was immortalized in the sky as the constellation Leo.

The story of Virgo comes from Astrea, the goddess of innocence and purity.. Zeus decided to punish mankind by sending Pandora with a box she was told not to open, inside Pandora’s box were all the evil, crime, hatred, and other abominations of the world. Pandora could not fight her curiosity and she opened the box, releasing everything except hope, which was at the bottom. The gods left earth, but Astrea was last to leave. She is remembered as the constellation of Virgo, but what separates her from the others is that, as legend has it, she will return when the golden age comes again.

The story of Libra starts with a man named Tiresias. Tiresias found two serpents tangled together. When the serpents attacked him he killed the female and then Tiresias was transformed into a female. After 7 years, Tiresias discovers two more serpents and kills the man, and is turned back to a man. Zeus and Hera were arguing about who would experience more pleasure, a man or woman, and they looked to Tiresias for help. Tiresias says, in his opinion, women experience more pleasure. This angers Zeus so he takes away Tiresias’ sight. However, this gives Tiresias inner sight, making him a blind prophet. While some think this myth talks about the scales of Libra as opposites, they represent cooperation. No one is worse or better, we all have masculinity and femininity within us. Choose what you are comfortable with and choose your balance.

The story of Scorpio began with a great hunter named Orion, who wanted to rid the world of all animals. He was arrogant and thought no animal could defeat him. So mother earth, Gaia, sent Scorpio the scorpion to kill Orion and protect the animals. Scorpio attacks Orion and stung him with its large stinger, winning the fight. Since Scorpio was able to protect the animals, Zeus wanted to honor Scorpio’s bravery by raising it to the heavens. However, Artemis, who admired Orion, requested he’d be honored the same way despite him losing the fight. Zeus agrees and puts him on the opposite side of the sky. Today you can see Scorpio chasing Orion across the sky.

Hercules had a centaur friend named Chiron. One day while Chiron and Hercules were out hunting, Hercules accidentally hits Chiron with a poisonous arrow. Since Chiron is the son of the titan god Cronus, he could not die but was in a lot of pain. Hercules went to Zeus to make a deal with him to put Chiron at ease. Chiron would give up his immortality to free Prometheus, the god of fire, who Zeus punished for stealing fire from the gods. After giving up his immortality, Chiron was allowed to die and Prometheus was set free. Chiron’s soul then gets put into the sky as the constellation Sagittarius.

There are many resources to discover your zodiac signs, birth charts and information on all things zodiac. Co-Star is a popular app that is widely used to keep people in touch with their zodiac signs and how they are affecting everyday life.

Zodiac signs are more popular in how we interact with people for many different reasons. Snapchat now has a feature where your whole birth chart is on the app and it can test your compatibility with your friends on the platform.

Almost every dating app out there has a section where you can include your zodiac sign. The Pattern, which was once an app almost identical to Co-Star, has introduced a new dating feature. The feature will connect you with your most compatible matches using your birth chart. The entire theme of the dating feature is based on true connections and creating bonds. Because of the way zodiac signs have rocketed into the trend cycle recently, the new feature has been so in demand that if you try to join from their website you only have the option to ‘Join Waitlist.’

If you know the basics of astrology and what your zodiac sign means, your new knowledge makes it possible to interact with social media in a whole new way as app creators continue to integrate zodiac signs into their platforms.