Marginalization in a Predominantly White Institution 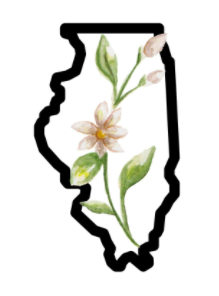 A question I would often get asked growing up was “Where are you from? No, where are you really from?”.I am from a small town in rural Illinois, and I am a Filipino-Caucasian woman who identifies as queer. Most of my friends, teachers and peers were white. Even though most people were nothing less than kind to me, it wasn’t rare for me to be the target of racial discourse or unkind words. That is why college excited me – diversity and education are the pillars of a college experience. When I enrolled at Illinois Wesleyan University, the idea of being surrounded by a unique set of students intrigued me. I signed up for the early orientation program geared towards students-of-color, IMPACT, and felt more at home with a diverse group of people than I had ever felt before. I wasn’t worried about being seen as different or other from those around me, I just was.

When the rest of the student body came on campus, it was a similar feeling to living in my hometown; most people were white or white-passing, and I felt like I was on display with my ethnicity. My new group of diverse friends suddenly wasn’t the norm; we were the minority once again.

A prime focus for freshman orientation was microaggressions. A guest speaker came on campus to raise awareness about our words and actions towards marginalized groups. I believe that this talk was very informative, but from my view, most of the student body was either not paying attention or not taking it seriously. This was disenchanting. I observed a lack of interest by the freshman class. When we later discussed the topic of microaggressions in small groups, myself and multiple others noticed that many of my white peers were disengaged in the conversation regarding race. I came to college to further my education, but I also want to expand my worldview and potentially help others reevaluate their prejudices. The target audience of this discussion was apathetic about their impact on marginalized groups; they had neither the will to change nor the self-awareness.

I have not lost hope for the IWU community. I believe that the student body can change for the better and avoid complacency in racial issues. One of the important aspects in being an ally and not a bystander is to listen. White people will often add their own opinion to the discussion of racial issues; while everyone deserves to have their voice heard, their opinions do not equate to the lived experiences of marginalized groups. Do not speak over the voices of Black and Indigenous People of Color (BIPOC), instead create a safe space to talk about these experiences. We learn more from the experiences of other people than we do from a news headline. Marginalized groups should not be responsible for white people’s education about sensitive topics, but we share our stories for a reason. Learning to broaden our horizons and have empathy for others is the cornerstone of creating a welcoming community for everyone.