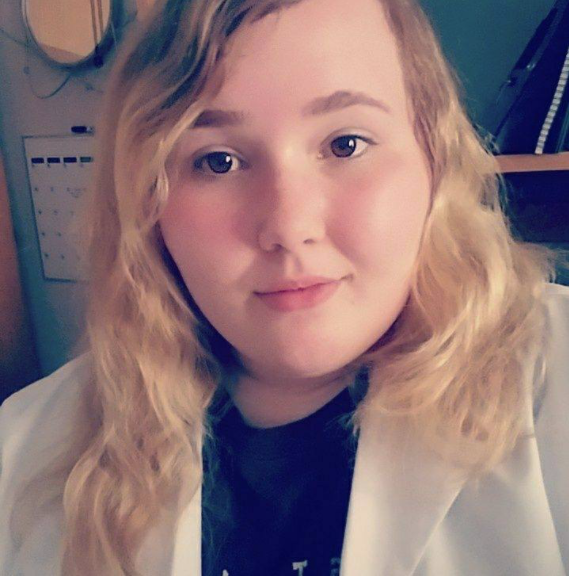 When I think of a full college experience and living life to the fullest for the last  four years, I think of Sommar Martin. Martin is an ambitious and creative senior who majors in anthropology and minors in biology as well as being involved in several clubs here at IWU. She has dreams of getting her PhD, becoming an anthropologist and taking care of her mother, who she told me has been her inspiration.

Martin originally came to IWU as a biology major, looking for a career in forensics or medical examination.

“My dad was sick for most of my life so I became exposed to hospitals, doctors, medicine, anatomy, etc very early, and I grew up in rural northeast Georgia in the Appalachian mountains, so I was always surrounded by nature,” Martin said about her early interest in biology. Visiting Dr. Harper’s ecology class on a campus visit and then working in the SEA-Phage lab affirmed Martin’s desires to make biology a part of her four-year plan.

Anthropology entered Martin’s career path when she first signed up for one of IWU’s anthropology classes.

“While I still thoroughly enjoyed biology, I felt myself becoming less passionate about the broader subject and, upon the suggestion of a friend, I took Cultural Anthropology with Dr. Chuck Springwood,” Martin said. It was not her first encounter with anthropology, as her father had an interest in history and taught her about Native American cultures which led to her appreciation for many cultures. The anthropology department at IWU welcomed her with open arms and she soon found a community there.

Martin decided to merge her interests and study both majors, eventually changing  her biology major to a minor due to overlapping classes and scheduling. In her experience, she said,  whether students double-major or not, they will have clubs, jobs and other activities to keep them  busy, but at the end of the day it is rewarding.

“It can be exhausting but it’s what makes you feel so accomplished at the end of your four years, especially when you finally get your degree. All the hard work, stress, tears and anxiety have all led up to you doing all these amazing things and growing into this amazing person,” Martin said. For those interested in double majoring, she said that it is very possible so long as there is  a strong passion for both subjects.

This semester, she is focusing on a virtual internship for a museum in Georgia and is also helping to fix up the shield display in CLA. Next year, she will take on two more projects: a neuroimaging project for an ISU professor and work in the osteology lab for an Illinois College professor. She says that research can help you to explore questions, make connections and be a great experience to put on your resume.

On campus, she has been involved in several clubs, and even though  fewer clubs have been active this year, Martin has enjoyed being a part of the senior committee. She has also had leadership roles as vice president of both Anthropology Club and Mock Trial in years prior and has been involved as a member of others  including a club hockey team. When she has free time, Martin enjoys volunteer work, museum visits, cooking for friends and reading.

When describing the feeling of it being in her senior year, Martin said, “You’re an adult in undergrad, but it doesn’t really become such a significant concept until you reach the end and the rest of your life is on the other side.”

Martin wants younger students  to remember that your mistakes do not define you and you should embrace them, but  you should ask for help when you need it. Martin’s biggest piece of advice for college and life is to simply be kind to others.