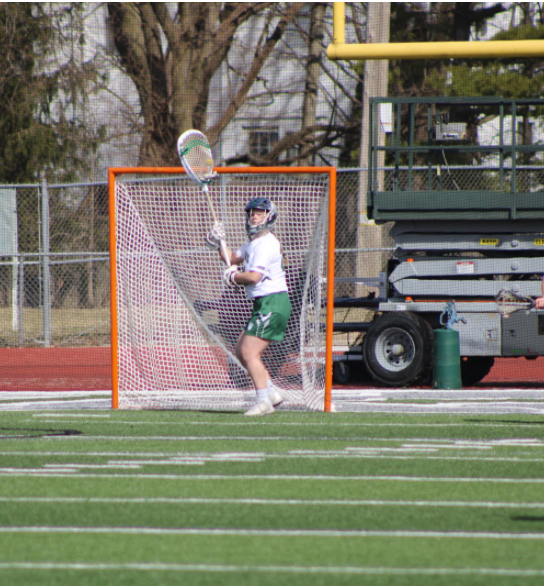 The women’s lacrosse team opened their season at home hosting Aurora University Tuesday, March 2 beating the Spartans 9-7. The team then went on a weekend trip to Ohio to face off against Denison and Wittenberg Universities.

The Titans were defeated by Denison 9-17 but came away victorious against Wittenberg 14-5. Following the weekend trip, they hosted both UW-River Falls and Transylvania where they won both games, 12-8 and 10-9, respectively.

With this early success, the titans are now 4-1 with their overall record and saw individuals earning honors for their performances. Senior Janaye Godfrey was named the Intercollegiate Women’s Lacrosse Coaches Association Division III Defensive Player of the Week which is the first time an IWU player has ever received this honor.

“Having our 2020 season canceled last year almost felt like a season-ending injury that you had no control over. That cancellation has lived in each of our minds as we prepared for the season. I believe it has actually fueled us to go harder and faster in every practice because we now know nothing is guaranteed,” Godfrey said.

Along with this honor, Godfrey earned co-CCIW players of the week honors with fellow senior Riley Rooney from their performances against Dennison, Wittenberg and Aurora.

Rooney attributes the team’s success to dedication over quarantine.

“I think a really big thing that we have focused on through quarantine and this season is accountability. Since the start of quarantine we have been sending sweaty selfies in our group message every day after a workout, we have a wall ball spreadsheet to track each day we play on the wall, a mile tracker for the distance we have run each week, a work-out app to track our team lifts, accountability groups to share our progress and even a position-based competition over the summer,” senior Riley Rooney said.

The Titans have two more exhibition games before starting conference play against Carroll University on March 27.

“These players have worked incredibly hard to make sure that they didn’t miss a beat when we came back for our first game this spring. It would have been easy to give up, especially with so many unknowns entering the season, but instead, our team grew closer, got stronger and became more motivated to make this the season to remember,” head coach Lindsey Kellar said.

The Titans ended their 2019 season as CCIW champions and a first-round win in the NCAA DIII tournament.

“As a senior class we are looking to win the conference title again and then head to the NCAA tournament and make some noise one last time,” Godfrey said.

The Titans will head to Minneapolis to play Hamline and Augsburg Universities this weekend, March 20 and 21 respectively.