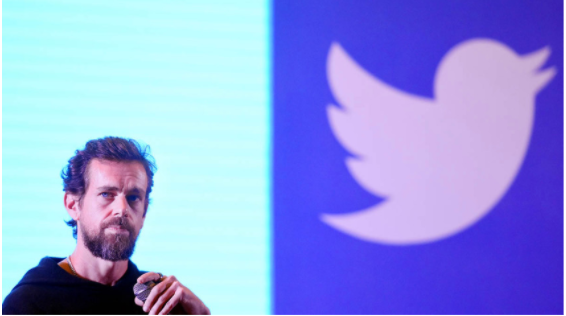 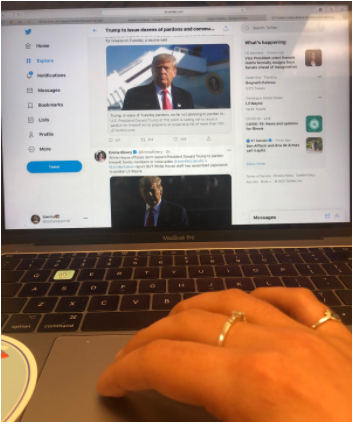 As a vocal anti-Trump leftist my lack of enthusiam at the president’s permanent Twitter suspension and second impeachment may come as a shock to some.

I am certainly not here to defend Donald Trump or to argue that he does not deserve impeachment, but rather to urge our readers to think deeper about the implications of these events.

On January 8, Twitter announced that, following the January 6 violence at the Capitol Building, Donald Trump would be permanently removed from Twitter on the basis of a violation of their “glorification of violence policy.”

In their official statement on the issue, Twitter names two tweets in particular:

“The 75,000,000 great American Patriots who voted for me, AMERICA FIRST, and MAKE AMERICA GREAT AGAIN, will have a GIANT VOICE long into the future. They will not be disrespected or treated unfairly in any way, shape or form!!!”

“To all of those who have asked, I will not be going to the Inauguration on January 20th.”’

Following the Twitter ban, the House of Representatives named ‘incitement of violence’ as the basis for the President’s second impeachment.

I must make it clear that the governing forces between these two acts are very different as Twitter is a company independent of the government and their decision to ban certain users is completely at their discretion and free from legal consequence.

The issue, however, is that social media has gained a massive monopoly on organizing power and the ability to get information out fast which has morphed them into governing entities in and of themselves that are above and outside of the law.

The best example of the organizing power of social media is the Arab Spring, where thousands took to the streets to rebel against oppressive regimes.

When Congresswoman Alexandrira Ocasio-Cortez had concerns about the social media app Parler she complained directly to Apple to get it taken down.

In a healthy and functioning democracy these concerns could be taken to elected leaders such as Nancy Pelosi or Chuck Schumer.

Elected officials answering to corporations is a strong indicator of democracy in decline.

There is no quicker way to reach thousands, even millions of people than by sending out a tweet.

At the very root of my argument is the contempt that we should all be feeling over the massive amount of power and control over the spread of information that a giant corporation holds.

This is really about marketing because, at the end of the day, Twitter is a company looking to be popular and make money which means their motivation for action comes from what is popular among the majority of their users and not what is moral.

Trump’s tweet about bombing Iranian historical and cultural sites was not against Twitter’s “glorification of violence policy,” for example.

Twitter’s banning of a political figure, no matter who it is, should concern us all.

For years, Twitter has been quietly banning pro-Palestine accounts on the basis of “antisemitism” which has massivley contributed to the knowledge vacuum that allows pro-Israel lobby groups to remain so powerful.

If we allow this new precedent to be set even stronger through the banning of Trump, it is not far-fetched to expect to soon see pro-Black Lives Matter activists being banned on the same basis.

What we have is a growing monopoly of information and communication technology by major corporations which is allowing them to behave almost like a government in their ability to censor certain posts.

Twitter CEO Jack Dorsey is worth a whopping $4.9 billion according to Forbes. Photo: Getty Images

This is not to say that we need more social media corporations in order to promote competition. Other businesses, like railroads for example, operate in this country as a monopoly.

The only difference is that there are regulations to ensure that Amtrak treats all of their passengers the same.

Allowing sites like Twitter to go unregulated but remain a monopoly puts them in an extreme position of power that not even the government has.

To address these issues there are two options: break up the companies or let the government take control of them.

A government-regulated social media infrastructure would protect our rights as individuals to be treated equally and remove that immense political power from the hands of the CEOs of these major social media corporations.

The positive of this is that it gets rid of the need for more social media apps and allows everyone to remain on the same ones while still countering the current full-control monopoly.

Of course, the negative to this option is that there is a current, and understandable, distrust of the government that would make their control over social media very unpopular.

Breaking up social media companies would address the issue of competition but not the need for all users to be treated equally and have the ability to get information out to the world. There would still be unregulated control of what can and cannot be published which could lead to continued censorship of certain groups.

Neither option is perfect, but, no matter what party we support, we cannot continue to ignore the growing power and political influence that these companies have.

This brings us to the question of whether congress was right to claim that Trump’s tweets are not covered in his right to free speech due to an incitement of violence.

You may be shocked to hear that they actually were not.

Trump absolutely appears to support his supporters in their actions at the Capitol, but incitement of violence has a very specific legal precedent for good reason.

Think, for example, of a person listening to a left-wing podcast. On the podcast the hosts are discussing how corrupt and horrible the Republican Party is and how much better America would be without it.

If one of their listeners hears this and is inspired to go bomb the Party headquarters, would you consider the hosts’ speech an incitement of violence?

The hosts have every right to express their dislike of the Republican Party and a listener being inspired to behave in such a way is not something that the hosts should be legally blamed for.

Going against this precedent is an incredibly slippery slope and the consequences of its downfall will be detrimental to left-wing activists.

Is Trump an awful person who inspired his supporters to do awful things? Absolutely.

But, was he outside his bounds of freedom of speech under the constitution? Legally, no.

If we do not address the power of social media corporations to censor our political speech through their monopolistic control of the industry and the current attempt by political elites to shoot down a longstanding constitutional precedent our democracy will only continue to weaken.

Just because something is bad for Trump does not mean that it is good for the left, and I urge you to consider the implications of what’s happening on a deeper level.