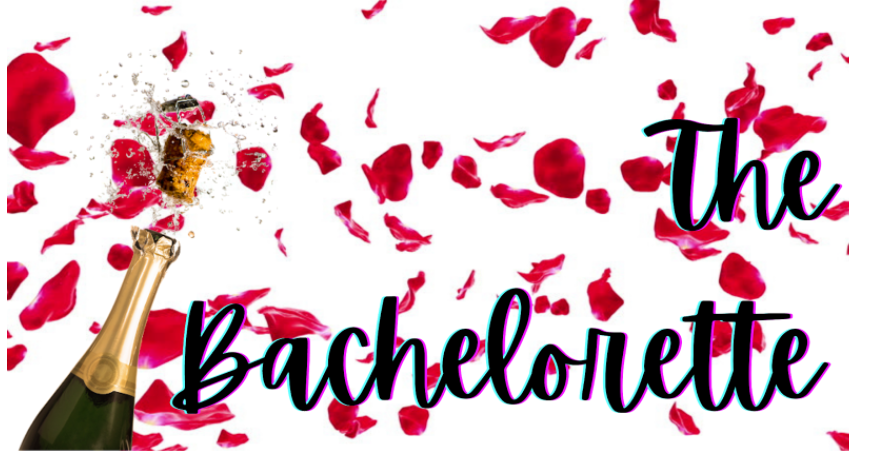 As if the last few weeks haven’t been ridiculous enough, The Bachelorette decided to play with our hearts and heads. The plot twist we’ve all been waiting for – you know, the one where Clare and Dale elope and leave 16 men in the La Quinta mansion – finally happened amidst the other chaos that’s been taking up our extra brain space.

Clare broke up with everyone except Dale, prompting Chris Harrison to have a heart attack, stroke and aneurysm all at the same time. “You just blew up The Bachelorette,” Harrison said, right before he took his last dying breath.

Clare and Dale enjoy a night full of passion together. None of us wanted this except for them. Dale’s walk of shame interrupts a great camera angle of Chasen’s thighs, which we actually did want. Love you Chasen.

Clare refused to apologize to the men for wasting their time. Shoutout to Boy Band Manager Kenny From Chicago for calling her out on this bullsh*t.

Blake Moynes, who bears a striking resemblance to the lion from the Madagascar movies, is heartbroken that Clare is leaving. He spent four months researching her and buying books to help with conversation. Sorry Blake.

Clare and Dale get engaged and it really feels like some poor ABC intern is holding a gun to Dale, making him go through with it. But at least he’s got that charming smile to distract us from the “HELP ME” in his eyes.

Bennett was severely overlooked in this episode.

And that’s where the episode left off, in the middle of all the election uncertainty and mass chaos around the country. Clare picked a man faster than Nevada could count votes and then Tayshia Adams was crowned the new Bachelorette. For those who might not remember, Tayshia made it pretty far on Colton Underwood’s season of The Bachelor a few seasons back, then returned to Bachelor in Paradise only to go home with another fan-favorite John Paul Jones. Unfortunately for them, their relationship didn’t work out; fortunately for us, we got an amazing replacement. This past week showed what should have been the real pilot episode for this season.

All 16 of Clare’s leftovers stay to see who walks through the door. Jason, still traumatized by his therapy date with Clare a few weeks ago, decides he needs to go home after giving Tayshia a chance. She handles it with grace and dignity like the queen she is.

Literally everyone is in a much better mood now that Clare is gone and Tayshia is here. These men have developed personalities, their smiles are no longer forced and even Chris Harrison seems to be breathing again. I can start to tell the generic looking white men apart now. A week ago, I wouldn’t have known any of their names.

Clare and Dale interrupt the episode to remind us that they are in fact still together. Chris Harrison asks what’s next on the horizon, and Clare immediately shouts “Babies.” Dale chooses to ignore this, and we see his life flash before his eyes yet again. The two repeat that they didn’t contact each other before the season started, but they’re not fooling anyone.

Back to Tayshia. She meets four new men and one disgusting mustache from Oklahoma. Remember Caelynn and Dean and Dean’s mustache? Yeah, this one is worse. Sorry, New Guy Noah. (Bennett and Ed have some great commentary on “the ‘Stache” in the post-credits scene).

Another group date, another throng of men in speedos battling it out for a night with the Bachelorette. I won’t say that Chris Harrison has a speedo fetish, but I’m not denying it as a possibility. At least they don’t have to strip in this contest.

Tayshia takes Brendan (one of the generic white men whom Clare left behind) on a one-on-one date. Chris Harrison decides that he’s on this date too. I’m not really sure if it was a cockblock or if Harrison also wanted to go on a date with Brendan, but everywhere Tayshia and Brendan went, Harrison was there too with snacks from the local bodega.

Brendan and Tayshia have both been married and divorced before, and they connect over this at dinner like two normal, mature adults. Who would have ever known that something like that could happen on The Bachelorette.

Tayshia and Brendan end the night with fireworks, and so do Eazy and Chasen. Just two bros, watching fireworks that aren’t meant for them, standing rather close and enjoying each other’s company…

Tayshia says “I feel like I could marry him [Brendan]” after their date. Chris Harrison, nowhere near Tayshia at that moment, stopped in his tracks and dies on the spot (again). There is no reason to believe the two incidents are related, but you never know.

Still not enough Bennett in this episode.

It’s crazy to think that The Bachelorette did a better job with the transition of power than the United States government did, but at this point, anything is possible. This season will finish up over Winter Break but here’s hoping that it ends happily for all involved.