Governor Pritzker attributes the defeat to expensive campaigns by Illinois millionaires who do not want to pay their fair share in taxes.Illustration: Dylan Karraker via Facebook

With 98 percent of precincts reporting as of late on Wednesday. Nov. 4, the amendment was turned down with 55.1 percent of voters marking no on their ballots.

The amendment, known under main names such as the “Fair Tax,” the “Progressive Tax” and the “Tax Hike,” was first proposed by Pritzker in early 2019. It appeared on 2020 ballots as the “Illinois Allow for Graduated Income Tax Amendment.” Pritzker offered it as one of many solutions for stabilizing “the budget as well as the back-log.” The proposal came after Illinois’s 793 day-long stint without a budget.

As previously reported in The Argus, Illinois has historically been one of just five states of mixed party majorities that have what is called a flat tax system. The flat tax system has required that all tax brackets pay the same rate of income tax whereas a graduated income tax requires people with higher income pay a higher percentage of that income in tax.

The amendment did not actually propose a graduated income tax, but instead began by attempting to remove the constitutional rule that all personal income be taxed at a flat rate.

In his daily coronavirus briefing on Wednesday, Pritzker responded to the proposal’s rejection. 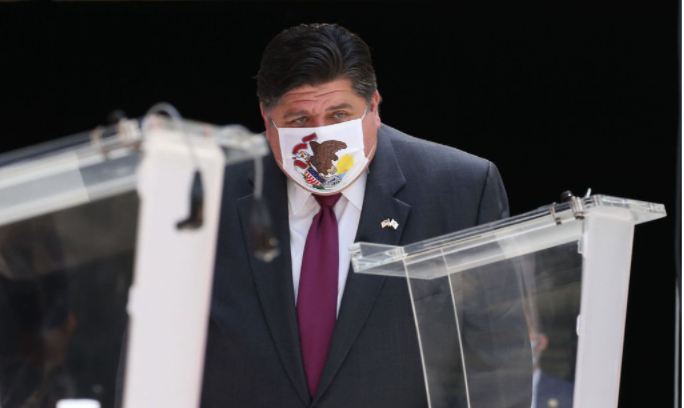 Governor Prizker was elected in November of 2018 and will serve until he is up for reelection in 2022.Photo: TNS via Getty Images

Pritzker said that Illinois’s millionaires spent money to market against the proposal so that they wouldn’t be taxed higher and that the same people who voted against the amendment were the ones who voted for previous governor Bruce Rauner’s “failed crusade” against a graduated rate.

“I have not given up the battle to balance our budget. But I will never forget that wealthy Illinoisians did everything in their power to put the burden of this on workers and their families,” Pritzker said.

He reminded voters that he promised to be the governor to balance Illinois’s budget and that he planned to meet with Illinois officials in the coming days to outline their next steps.