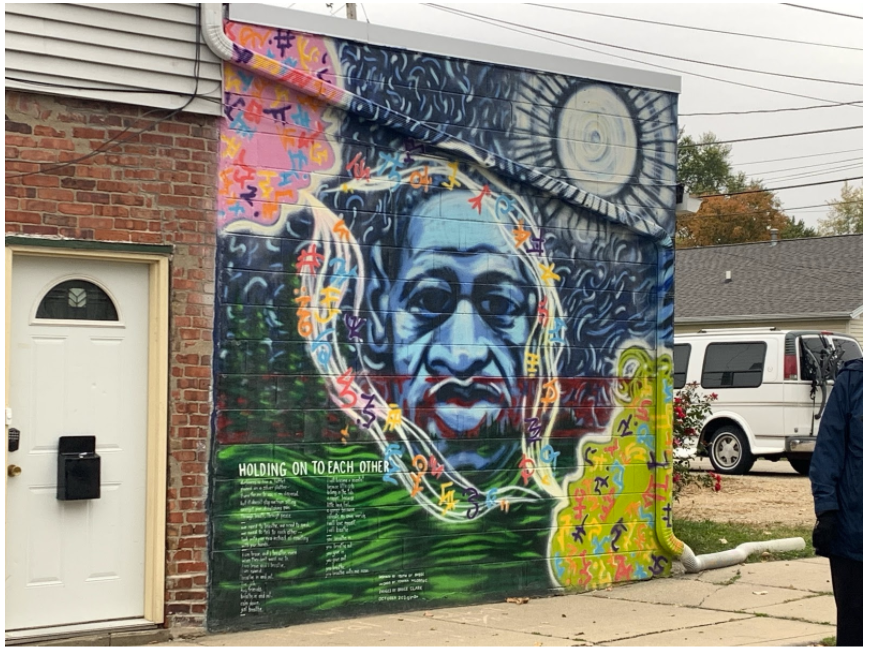 The West Bloomington Revitalization Project (WBRP) dedicated a mural that featured a poem written by senior Yovana Milošević on Monday, Oct. 19. The poem, inspired by the words of children at Bloomington’s Boys and Girls Club, was written over a scene that features George Floyd’s face surrounded by the conversations of children, and was painted by Bruce Clark.

Through the Action Research Center, Milošević worked with children at Bloomington’s Boys and Girls Club to create a poem that represented the young students’ thoughts on the current state of racial injustice in the U.S.

WBRP, the Boys and Girls Club, local members of Not in Our School and representatives from the NAACP were all present to dedicate the mural, located on Allin Street in Bloomington. The dedication gathered a crowd of over 50 to watch as representatives from each group as well as Milošević and Clark spoke on the creation and intended impact of the mural.

The mural dedication began with former Bloomington alderman and University librarian Karen Schmidt who introduced both Milošević and Clark to the crowd and gave a brief history of the WBRP’s involvement in West Bloomington and the changes that occurred since 2008. WBRP has been working to create new jobs, homes and spaces after the community decided it was time to revitalize the area.

“West Bloomington has been here a long time and we’re not going anywhere,” Schmidt said.

Milošević shared with the crowd that her inspiration for the project came from a summer program in high school after she realized, as a person of color, she wasn’t being listened to. She wanted to give Bloomington children a place where they could be.

“Adults like to think it must be easier for children right now because they don’t understand,” Milošević said. “They do. We need to consider how they’re being affected.”

Clark shared Milošević’s sentiment and said that while their names may be on the wall, it’s the children that should be credited. He said that the words in the poem were “prophetic of this time” and that the next generation needed to be told they matter.

“I stewarded this on behalf of them,” Clark said. 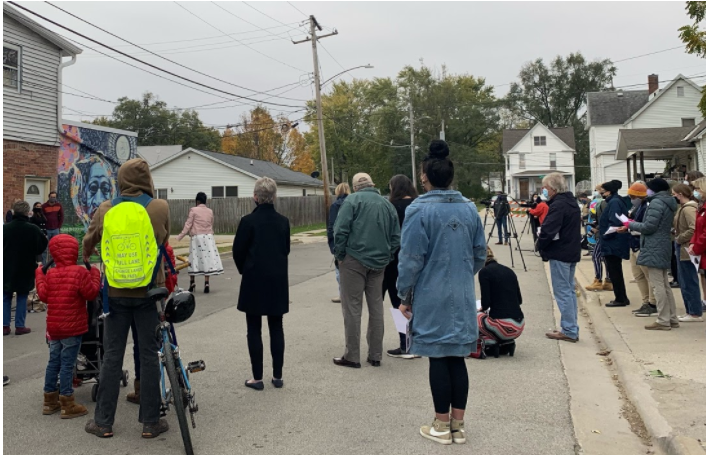 Linda Foster of the Bloomington-Normal NAACP spoke directly to the children involved, many of whom were present at the dedication, and encouraged them to use their breath for good. Foster referenced George Floyd’s death, in which he was choked for over eight minutes, she said to the crowd that “we need to use our breath to stand up.”

“The world woke up, but he couldn’t,” Foster said. “Little old Bloomington has put themselves in the mix and these kids need us. We need them.”

Also in attendance were a number of IWU students and faculty including Chandra Shipley, who Milošević credited as a staff member consistently there for BIPOC students, and President Georgia Nugent. 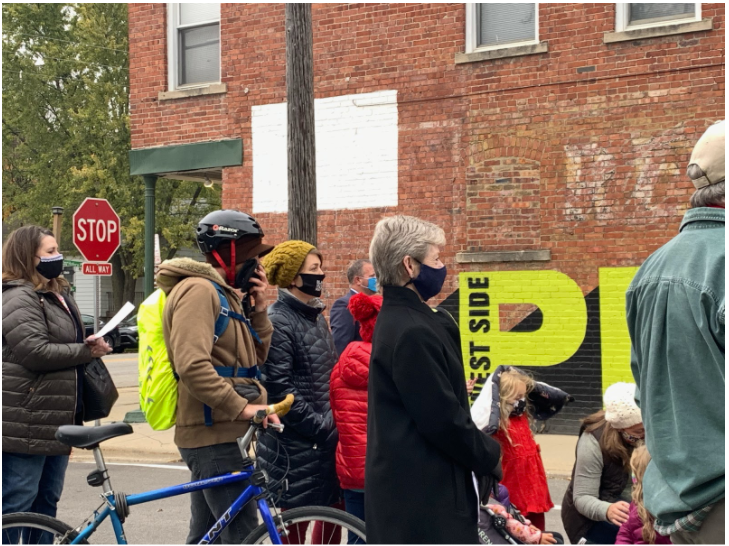 “Over the summer, Nugent failed to take a clear stance on Black Lives Matter or support for preserving the Liberal Arts/Humanities at IWU,”Milošević said.

“I hope that Nugent’s presence was not performative, but rather an administrative step toward finally taking action in social justice.”

The mural was very popular at the dedication but received a lot of backlash online. According to Milošević, nearly 1,000 comments could be seen on social media posts about the mural. Milošević said she believed that though the comments were of a negative majority, they still acted as fire to a flame.

“Even the negative responses are good because it’s getting it out there,” Milošević said. “It’s making people think.”