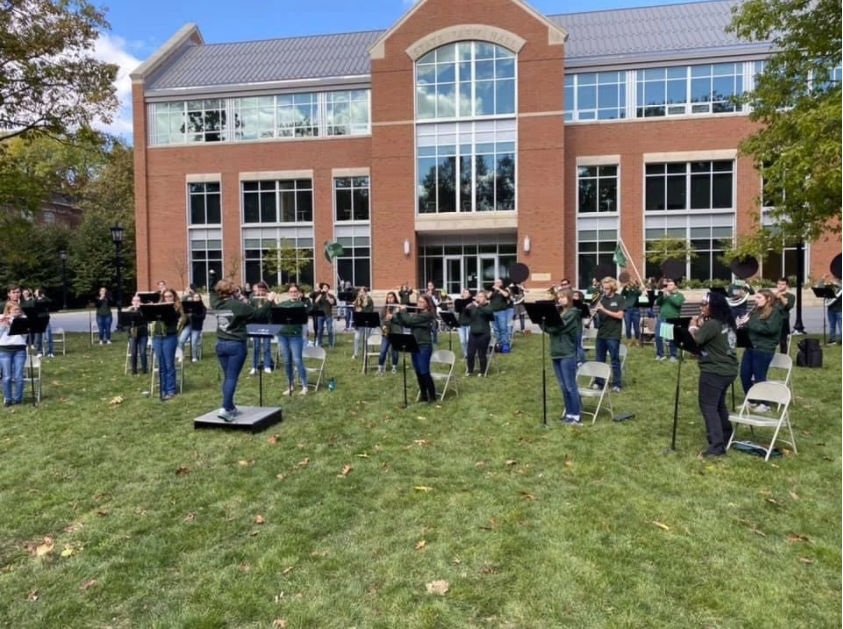 It is tradition that the Titan Band play on the quad the Saturday of homecoming.Photo: Illinois Wesleyan Titan Band via Facebook

The Titan Band, known more commonly on campus as T-Band, will continue their homecoming tradition a little differently this year. The band is known for their quad performance on the Saturday of IWU’s homecoming week each year, but will instead post a recording for the campus and alumni to enjoy.

The recorded video will be played Saturday morning on Homecoming. The exact time will be posted on IWU social media accounts.

Director Ed Risinger felt that the tradition was important to uphold to give a sense of normalcy to not only the campus but the band as well.

“Many students have not had a chance to play in an ensemble since then and trying to have some normalcy was incredibly important for everyone involved,” Risinger said.

The band has been practicing throughout the semester on the quad but will cease practice during the winter until an option is available for socially-distant indoor practice. The band wanted to continue practices amid COVID-19 in case any sports were able to be played and Risinger wanted to be ready. 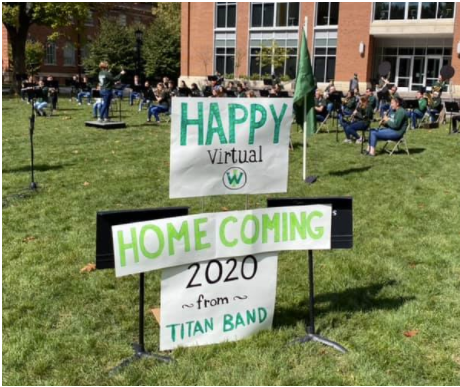 Risinger spent the summer doing research in order to figure out if T-Band could take place when students returned back to campus in the fall. He made the decision to cut the band almost in half for practices, allowing 35 students to play at a time. The band was split up into “Band A” and “Band B” for practices so that they could still play under CDC restrictions.

Band members have played outside in an open air tent for half an hour at a time in measured out spaces. Students have also been required to have bell-covers on their instruments, which prevent air from escaping the instruments.

“Even with all of these restrictions the band has done extremely well being flexible to make the best of the limitations,” Risinger said.

Because no sporting events have been held, Risinger had the band make their Homecoming performance their primary focus. The band’s outdoor practices, often viewed by students and community members, have served as preparation for the recorded performance.

“We have had several families who make it a point to come and listen. During the recording session for Homecoming we had an impromptu crowd gather as we performed,” Risinger said.

T-Band is one of many groups that had to make adjustments for homecoming traditions this year but both Risinger and band members felt strongly about why it was important to still participate the best they could.

“Titan band has been a great thing to have in a time of so much uncertainty. I know that myself and many others that participate are glad to have something that can be done safely, while still resembling a normal semester,” sophomore James Stein said.