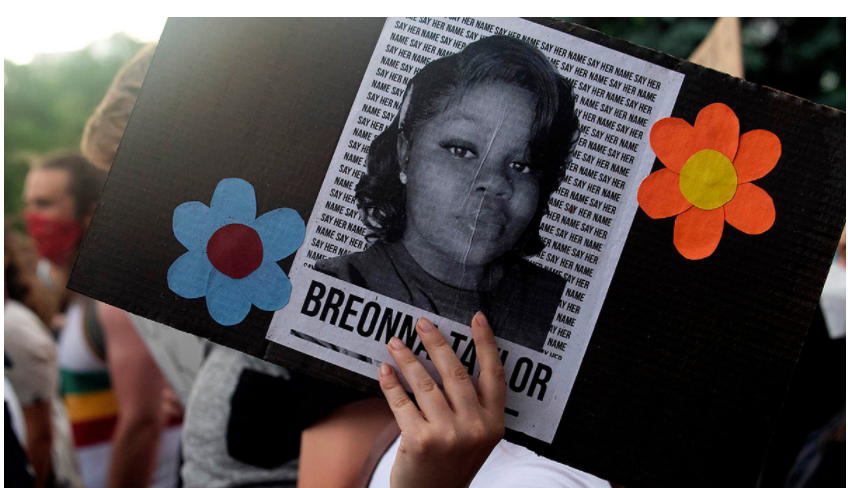 Protests across the country erupted in Breonna Taylor’s honor following her murder at the hands of the police on March 13. Photo: Getty Images

Her face and her story have been all over the internet since she was killed by police officers Jonathan Mattingly, Brett Hankison and Myles Cosgrove of the Louisville Metro Police Department (LMPD) in her Louisville home.

Breonna Taylor has become the face of a movement against police brutality.

She has been featured on O Magazine and Vanity fair, in murals and even on Nike sneakers.

But she is not a meme and she is not a celebrity, she was a human being with a life and a job and a family who deserved so much better than she was given.

The performative justice in this country is simply appalling. She can be put on magazine covers, yet she cannot receive justice for her murder.

Taylor was asleep in her home that she shared with her boyfriend on the night of March 13, when the cops raided her home around one in the morning.

The no-knock raid was executed on a suspect of drug activity that the officers had absolutely zero evidence of.

In fact, several neighbors called 911 reporting that they thought the home was being robbed.

Not only did the cops murder Taylor, but they tried to charge her boyfriend for attempted murder as he fired warning shots, rightfully confusing the cops for burglers.

This incident says so much about our country.

First, why in the world does a ‘no-knock warrant’ even exist? The cops should absolutely not be able to break into our homes unannounced and, like in this case, without any evidence to back up their suspicions.

In fact, a video was recently released of the exact same cops executing another no-knock warrant and it is absolutely terrifying that this is something that is legally allowed to happen in our country.

A law was brought to the legislature named ‘Breonna’s Law’ that was created to eliminate the use of no-knock search warrants, but the author was ironically arrested for protesting Taylor’s death.

Next, why is it that Taylor’s boyfriend had the common sense to fire warning shots into the floor or ceiling, but cops who supposedly have training for these situations, shot directly and fatally at a woman who was sleeping.

This brings to light how naive it is for people to make the argument that “you won’t get shot if you follow the law.”

Taylor was a paramedic, she was an upstanding member of society and she was shot for sleeping in her bed.

Let that sink in.

The horror only continued, however, at this month’s trial of the officers involved.

Only one of the three officers were put on leave from his job, and none of them were charged with Taylor’s murder.

In fact, the only charge brought in the case was a wanton endangerment charge, because stray bullets hit the walls of Taylor’s neighbors.

We live in a country where the wall of someone’s house is given more justice than a black woman.

“We live in a country where the wall of someone’s house is given more justice than a black woman.”

Her family was even given a $12 million settlement in civil court for wrongful death, yet none of the cops were charged with said death.

Had she been a white woman or even a family dog, we have no doubt that she would have been brought justice.

Yet, in our racist justice system, six months later and not a single charge or punishment for her murderers.

The police department has done everything they can to try and justify the muder; claiming she was involved in drugs and giving her ex boyfriend a plea deal where he will be released in exchange for a lie saying she was.

This case, perhaps more than any other, shows why the Black Lives Matter movement is so necessary.

Breonna Taylor’s life mattered and her murder should never be forgotten.

It is time for large-scale structural change to our policing and justice systems. 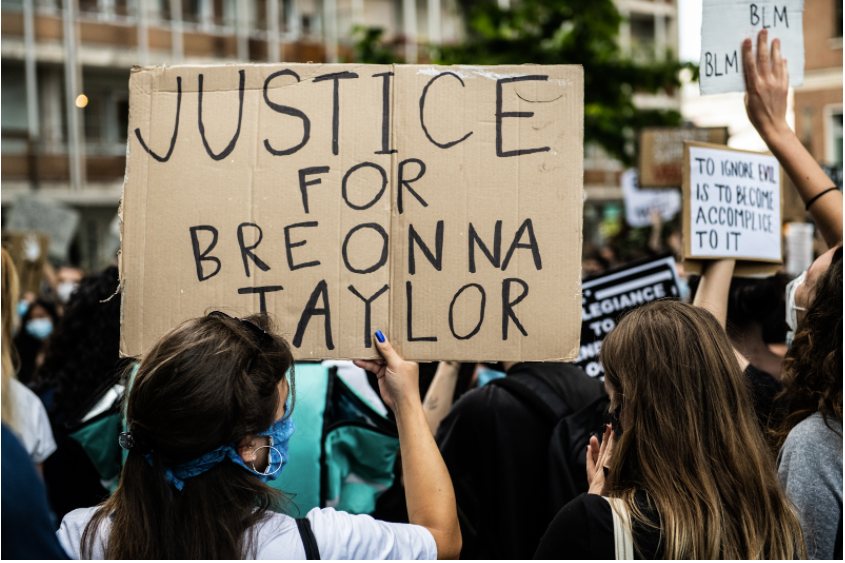