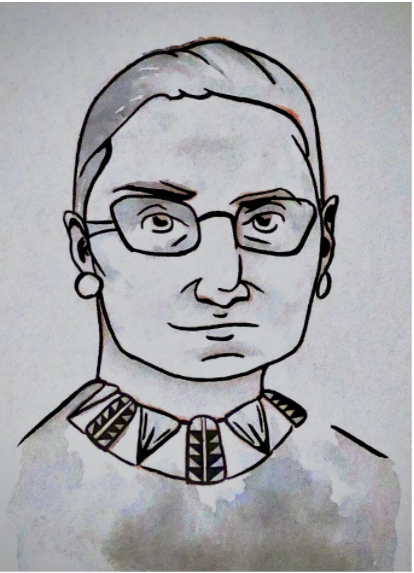 Image drawn by Emma CottrellGinsburg spent much of her legal career as an advocate for women’s rights.

Ruth Bader Ginsburg was a small woman with a huge drive and passion for justice.

Through her fight with cancer she continued to serve and fight for women’s rights, especially the right to an abortion.

The justice died on September 18 at the age of 87, leaving an open seat on the supreme court that she had held since 1993.

Ginsburg was seen as a moderate judge at the time of her nomination by President Bill Clinton, but she later became known as the leader of the liberal wing of the court.

Over the years, Ginsburg became known for her passionate dissents and was given the title of the Notorious RBG by a law student, a nickname she later embraced.

Ginsburg was born in 1933 to parents Celia and Nathan Bader and grew up as a Jewish family in New York.

In 1956 she enrolled at Harvard Law School as one of just nine women in a class of over 500 people.

When her husband, the late Martin Ginsburg, received a job offer in New York, she transferred to Columbia Law School where she graduated top of her class in 1959.

During her time in law school, Ginsburg became the first woman to be on two major law reviews: The Harvard Law Review and The Columbia Law Review.

Ginsburg is often seen as one of the greatest champions of women’s rights throughout her career before the Supreme Court and especially during.

Although they were on different sides of the aisle, Ginsburg was closest friends with Antoin Scalia, who she enjoyed going to the opera with.

While she was seen by many as a champion of women’s rights, she was not without criticism. 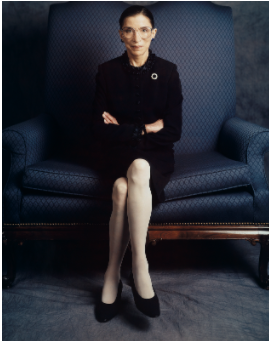 Upon the news of her death, many people took to social media to share their emotions; both positive and negative.

Ginsburg was not diagnosed with cancer just once, but five separate times.

Many people question why a woman in her eighties in relatively poor health would choose not to retire, as her retirement during Obama’s presidency could have saved the court from another conservative appointment.

Another criticism of Ginsburg expressed was the lack of intersectionality in her feminism.

In her 38 years, she hired only one Black law clerk and her veberal promises for racial justice were never really reflected in her opinions and work.

This is not to say that Ginsburg did not also do immense good for all women.

She was a strong supporter of the right to privacy and worked to reaffirm the right to a safe abortion provided to American women in Roe V. Wade.

As the country mourns the loss of Ginsburg and, if Trump gets his appointment through, the likely loss of many women’s rights, it is vital that we remember that she is not the end-all-be-all of feminism.

Ginsburg may be gone, but there is a new generation ready to take her place in the fight.

Her work is simply a stepping-stone to full, intersectional human rights of women.

Although the fight for women’s rights is looking grim at the moment, the best way that we can honor Ginsburg’s legacy is to never give up or accept oppression as the norm.

There is a new generation of activists ready to come next.