The Resurgence of Nostalgic Media During Quarantine 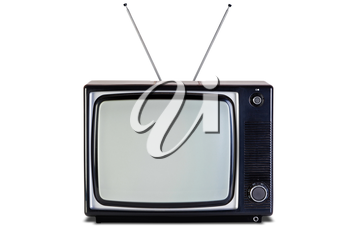 We might not be stuck in a strict quarantine anymore, but with social distancing procedures in place and limits to the number of people at gatherings, we might as well be.

And while we were all stuck in the consistent nothing at first, quarantine gave us some silver linings in the form of nostalgic media.

Nostalgic media, by loose definition, is any movie, television show, book or music that evokes the deepest memories and emotions of one’s childhood.

When I was in need of some form of entertainment that wasn’t a sourdough starter kit, a paint by number canvas, learning a new language or writing the next great American novel.

Like many others across the country, I turned to nostalgic media.

It’s as if the Consumerist Mouse knew the public was going to need a wide array of media in the upcoming months, but that is a  conspiracy theory for another time.

With original shows like The Mandalorian, older films like The Great Mouse Detective, underrated classics like Brother Bear and even releasing new films like Onward, Disney+ became the real lifesaver for adults and children.

I went through the entire movie library, adding random films to my watchlist that I had distinctive memories of watching as a kid.

Watching movies on Disney+ wasn’t just a trip down memory lane – I was whisked back to my old split level ranch house from when I was four, eating popcorn with my dad and older sister, singing along to “Everybody Wants to Be A Cat” and heavily identifying with Marie from The Aristocats. Thank you, Consumerist Mouse.

I also reread the Percy Jackson series and its sequel series, The Heroes of Olympus. The books provided another successful attempt at losing myself in my childhood, as the last time I had read one of the books was in middle school.

How else are we to find some relief from the political and health pandemics?

And when a fictional universe such as the one that Rick Riordan has created contains characters of multiple races and ethnicities, genders and sexualities, and humor for all ages, it’s not hard to see the appeal.

My summertime afternoon routine quickly became grabbing a popsicle, a lawn chair and a young adult fantasy novel, and getting some sun while running away from the then current state of the world.

As someone who watched only a few episodes whenever it was playing on Nickelodeon, and never in chronological order, I was ready to commit to binging the whole series. My brother, having just turned 12, had never heard of the show, so I insisted on watching it together as a bonding experience.

Across state boundaries and age gaps, others were having the same experience of watching or rewatching a beloved children’s TV show.

And through this, I realized: Avatar isn’t really for kids. Yes, the animation and visual effects are perfect for children’s viewing pleasure, but this Y-7 rated show is stuffed with war stories, political and civil unrest, murder, false imprisonment and acceptance of characters with disabilities.

If someone had marketed the show with just those warnings, they would probably have been fired due to insanity.

But with the addition of Momo the flying lemur, Appa the sky bison and Zuko’s obsession with turtle ducks, the show was softened around the edges, making it a little more kid-friendly.

I don’t want to get political – but Avatar has deep-rooted themes of socialism and a peaceful, accepting government.

These themes impacted a whole generation in the Millenials who identify as soc-dems as a majority.

Now they are reaching a new one with Gen Z, who have yet to pick a mass political alignment.

Watching Avatar with my younger brother was a different kind of escapism.

We were still deeply invested in the show and made it a point to not be distracted by anything else when the television was on, but it led to political discussions that we might not otherwise have had.

The Avatar world is so complex and filled with fighting back against racial stereotypes, gender roles and political tyranny that I or others may not have fully caught as a child.

As a 12 year old who was just now discovering the cartoon and looking at adult problems with virgin eyes, my brother was drawing connections between fiction and reality that were mature and amazing.

Avatar was one way he could make sense of the terror of the world this summer, while also providing distraction and relief.

Nostalgic media of all kinds has been a savior this summer by providing respite, new ways of seeing, and most of all, reminding us what it truly means to think like a child again.

While none of us wanted the Coronavirus and its consequences, silver linings like nostalgic media have helped to better a bad situation.