A recap on the last two episodes of “The Bachelor” 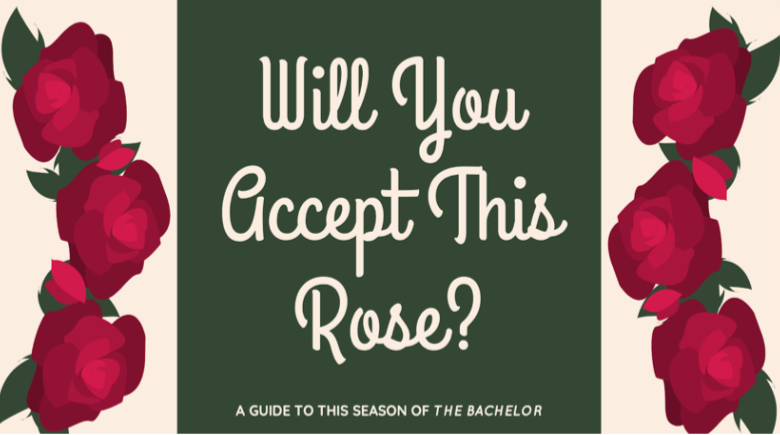 The 24th season of The Bach- elor just took off – as did our hearts, as the show stars pilot Peter Weber and a cast of 30 beautiful women.

In case you haven’t been watch- ing or staying up to date on Twitter, here are the most important things from the past week.

As Chris Harrison says, it’s going to be the most dramatic season yet.

So far, the problematic ones in the house seem to be Hannah Ann, Victoria F., and Kelley.

Hannah Ann continued to steal Peter away from others multiple times in one night and got the first impression rose.

Victoria F. whines constantly and was one of the first girls in tears.

Kelley is a Chicago attorney, has already met Peter and cheated on the group date obstacle course.

Ashley P. the cow was not the only surprise for Peter – Hannah Brown showed up twice.

Hannah broke Peter’s heart before and this is her fourth time appearing on a Bachelor franchise show (not to mention how she was competing on Dancing With the Stars at the same time).

Peter invited her to come back to the mansion and participate as one of the contestants.

Who knows how that’ll go over…

Male standards have officially dropped to a bare minimum.

Victoria P. got motion sickness on the first group date and ran to the bathroom to throw up.

Peter rushed over with a bottle of water, and apparently, that is the nicest thing a man has ever done for her.

Madison seems to be the best match so far – she got the one-on- one date and went with Peter to see his parents renew their vows.

She’s sweet, down to earth, funny and cute.

If she doesn’t marry Peter, I know who I want to be my next Bachelorette.

After the last week’s episode, Hannah B.’s tear-stained makeup is all cleaned up.

Will wonders never cease on this show?

She asked Peter for another chance and he turned her down… But I’m sure that’s not the last we’ll see of the Beast.

The
moment everyone’s been talking about: Champagne-gate.

Maybe
both of them should just go home.

It’s
no surprise that Hannah Ann, a professional model, won the modeling
competition.

But
she seemed more excited about winning a full closet full of clothes than
Peter’s affections.

Victoria
F., on the other hand, won her confidence in second place. Way to go,
girlfriend.

Stay tuned for next week’s episode and the third rose ceremony.