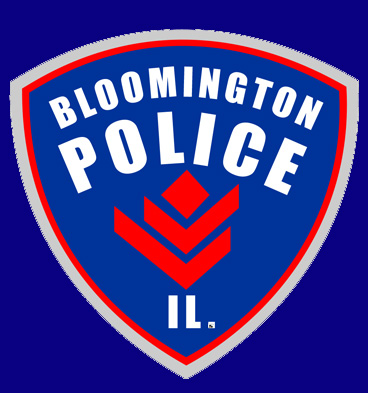 The grant funding is meant to support the university in its development of stronger campus safety and partners IWU with Chestnut Health Systems, Bloomington and Normal Police Departments (BPD/NPD), Illinois State University, and Heartland Community College.

The BPD’s presence is supported by the grant and will be introduced to strengthen the enforcement against underage drinking and drug use on campus.

The partnership is meant to help IWU students better understand their responsibilities as “good citizens both on campus and in the community,” according to an email sent to students.

The increased focus on underage drinking and drug use comes after IWU hosted a talk on marijuana use and safety on Oct. 22 titled “The Effects of Marijuana on Physical and Mental Health” by Ohio State University’s Dr. Ryan Patel.

Officers will have the ability to ordinance violations if they find underage drinking, providing alcohol to minors, unlawful sale of alcohol, marijuana on campus, public intoxication and more.

They will also have the ability to confiscate and dispose of marijuana found on campus.

According to the University’s announcement to students, “students reported that they feel safer on campus” when BPD was on campus.

No citation or evidence of this claim was provided within the announcement.

Bloomington Police shared that their working understanding of our campus, buildings and grounds was enhanced which improved their response time when incidents occur.

Many students have reported mixed feelings after the announcement.

“We live in a hyper-policed country, where heavily armed and militaristic police forces act largely with impunity.

Illinois Wesleyan and other universities should provide a refuge from that terror,” senior Adam Cady said.

Students were told in the email that understanding underage drinking laws and supporting these activities are vital to alcohol education and keeping campus safe.

The announcement also comes after an attempted mugging was reported to Campus Safety off-campus on Oct. 11,

There were also reported concerns about suspicious behavior around the sorority houses on campus dating as early as Oct. 27.

“We think we’re invincible because nothing ever happens here.

There are certain areas around us that aren’t so safe, so what makes us think that sketchy people can’t step foot on our campus?” sophomore Jennifer Medina said.

Brandon Common, Assistant Vice President of Student Affairs, stressed in the announcement to students that questions could be directed to the Dean of Students Office and Medina decided to take him up on his offer.

“As everyone else was, I was alarmed to hear that there would be BPD presence on our campus.

Brandon made a really good point that as IWU students, we are incredibly privileged. Students can break federal laws and all they get is a slap on the wrist,” Medina said.

BPD enforcement efforts are set to be introduced this semester and occur throughout the 2019-20 school year.