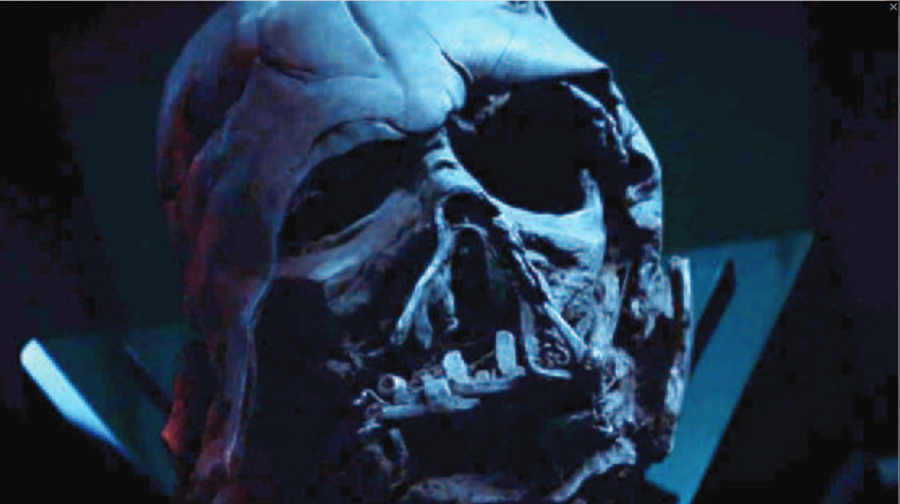 No so long ago in a time not all that far away, a fantastic story was born.

It had action, romance, comedy and great life lessons to teach. It was a story of rebellion and redemption and it changed the cinematic landscape forever. Of course, that fantastic story is none other than that of Star Wars.

Now, decades later, there’s been an awakening and the saga continues. As many of you know, the final trailer to Star Wars Episode VII: The Force Awakens was recently shown to the public. The trailer showcased much of what the movie is going to offer without extensively revealing the plot.

TIE Fighters battle against X-Wings and a guy with a crossguard lightsaber. We have the return old favorites and slew of new characters as well.

To my chagrin, Luke Skywalker has yet to make a full appearance. (Really, we get Vader’s helmet, which he was cremated with, but you can’t show us Mark Hamill?) And of course, we have the Millennium Falcon in all of its glory.

I have Star Wars hype as do many of the fans. I am excited to see where JJ Abrams will take the franchise, provided there isn’t too much lens flare or hatred of sand. Based on the trailer, The Force Awakens looks like it is going to be an action-packed adventure but also a story that continues the epic space opera format that original director George Lucas had in mind.

Many people are still skeptical about how good the new Star Wars movies are going to be – or if they’ll be good at all. After all, many of them were let down before. I’m no Original Trilogy (OT) purist, and even I find their lack of faith disturbing. But the franchise is in new hands now. George Lucas handed off the reins to a new generation of filmmakers who will no doubt add their touch to the Star Wars universe.

Plus, Lawrence Kasdan, writer of OT films The Empire Strikes Back and Return of the Jedi, is writing the film, so the old hand will still be there. If they do this right, the two suns of Tatooine shall shine down upon them with glory. As I excitedly wait for Dec. 18, my belief that this movie will be just as amazing as the last six continues to grow.

As that date approaches, may the force be with you. (PS: Mr. Abrams, if you release a special edition, make sure that Greedo doesn’t shoot, and have Leia give Chewie a medal at the end scene of Episode IV along with Luke and Han. Please also try to get the unaltered cuts on Blu-Ray if you can.)