‘You’ll never guess who we got’ 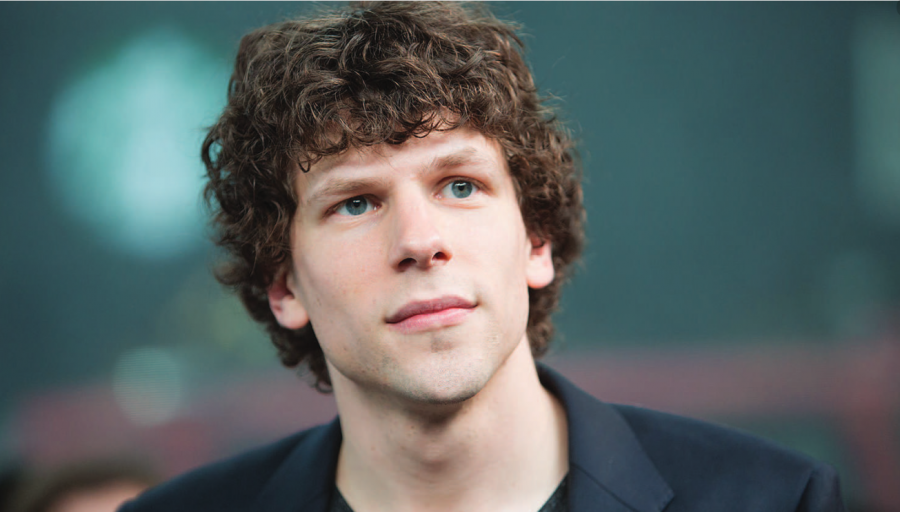 On Wednesday, Oct. 21, Illinois Wesleyan University’s Center for Human Rights and Social Justice announced that actor Jesse Eisenberg will visit campus on Oct. 26 in the Hansen Student Center at 7:00 p.m. to talk about his newly-published book.

Given Eisenberg’s high profile and esteem, the question that spread across campus like wildfire was simple: “How the hell did we make that happen?”

After the initial shock of the announcement, many students expressed surprise that the announcement Eisenberg’s visit came so late, given that he will be one of the marquee visitors for the year.

IWU professor Irv Epstein played a large part in bringing Eisenberg, an “emerging literary voice” according to his online biography, to campus. Unlike most campus events, this one happened to come together at the last minute.

“We only recently became aware of the fact that Eisenberg would be traveling through Bloomington from Indianapolis to Madison, Wisconsin as part of his book tour,” Epstein said. “Both Jesse and Anna Strout, Director of Events and Special Projects for the Urban Arts Partnership in New York, graciously agreed to stop by and meet the IWU community.”

The announcement generated quite a buzz among students, as the 32-year-old actor is well respected among college-age individuals. Junior Emily Brown was one of the first students to find out, given that she is a student worker at the Center for Human Rights and Social Justice.

“When I was working, Professor Epstein came into the office and said ‘You’ll never guess who we got,’” Brown said. “As far as I was concerned, every single person I talked to for the rest of the day had to hear about it.”

While known for his roles in The Social Network, Zombieland and Now You See Me, to name a few, Eisenberg was not chosen because of his acting prowess.

His recently published debut book, Bream Gives Me Hiccups: And Other Stories, was what caught the attention of IWU faculty. Eisenberg is kicking off the tour for his debut book, and it is this tour that put him on a path with both Epstein and the city of Bloomington.

Interestingly, Eisenberg’s visit to Bloomington is not his only connection to the city. His latest role was in a movie titled The End of the Tour, a film about David Foster Wallace.

An interesting piece of trivia about David Foster Wallace: he rented a home in Bloomington for a short bit of time, a house that happened to be within easy walking distance of IWU’s campus. While in Bloomington, he penned his well-known Infinite Jest.

Eisenberg’s book is a collection of short stories originally published in The New Yorker magazine. They take place in a hodgepodge of locations such as dorm rooms and ancient Pompeii, and the book pulls the reader into a world of social misfits and reimagined bits of history.

“I think it is really good for the Center for Human Rights, too, because not many people know that we exist,” Brown said. “Jesse Eisenberg a pretty big name for us to bring to campus.”

Eisenberg is a name that many recognize, and he is the third Academy Award-nominee to visit IWU’s campus after producer Anthony Arnove and director John Sayles. “Jesse’s presence continues a newly established tradition of the Center’s sponsoring noted artists and writers who through their work and activism express concern for social justice related issues,” Epstein said.