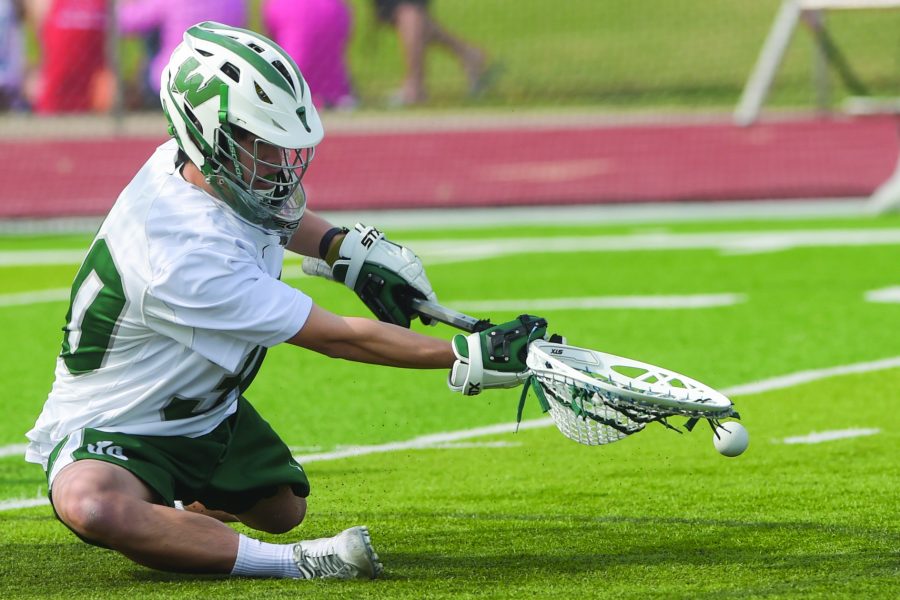 With a blowout win on Monday, March 23, the Illinois Wesleyan men’s lacrosse team managed to break the “.500” mark, and improve their record to five wins and four losses.

The win tied the Titan’s highest margin of victory thus far, beating the Rams of Cornell College by 17 goals, 20-3. This tied the March 17 season record, when the Titans pummeled the Pioneers of Carroll University 18-1. Both victories came at home.

In just their second year, the Titans are working with a very young roster that is composed of mostly first-year players and sophomores, along with two juniors.

Over spring break, the team took their annual out-of-town trip, which consisted of matches in Virginia, Maryland, and Michigan. While away, the Titans posted a 1-3 record. Though they hoped for better results on the trip, time spent with the team only improved team chemistry that will surely help them going forward, as they hope to make the NCAA tournament this season as just a second-year program.

Surely, chemistry is vital to the success of any team, and this is something that this squad prides themselves upon. The IWU men’s Lacrosse team is a very tight-knit group that sticks together both on and off the field.

“Spring Break was great for us. It brought our team together, and it has never been tighter,” sophomore transfer Mike Dean said. “We are all family, and it gave us a chance to have players step into big roles such as [first-year] Nick Winter.”

Young athletes like Winter will play a vital role in the success of the program; not only this year, but in the coming seasons for the Titans.

As for the present campaign, the Titans are on pace to surpass their total wins from last year, as they currently hold a 5-6 record. With eight games remaining, the Titans could possibly tally double digits in the win column.

Going forward, the Titans will play three of their next four games at home. After playing a road game in Michigan, the team will look forward to playing three straight games in front of a home crowd. This is certainly a vital time of the year, and the Illinois Wesleyan men’s lacrosse team will be looking forward to proving themselves in the remainder of their second season.