Queens you won’t hear about in your history class 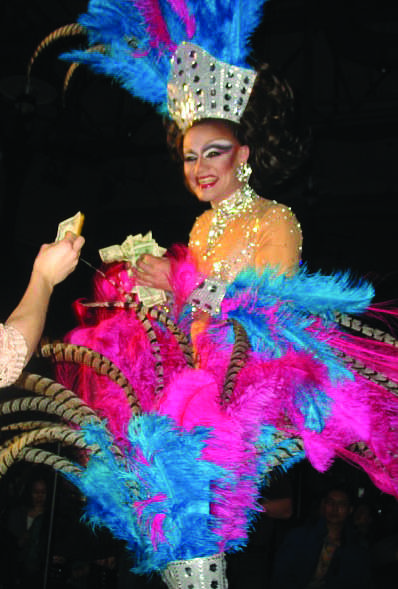 With the Illinois Wesleyan Pride Alliance’s upcoming Drag Show this Friday, Feb. 6, it seems some background information is necessary to understand the misunderstood and consequently controversial culture.

While today’s drag is synonymous with being crass and lewd, some of the earliest forms of drag date back to the days of William Shakespeare.

In early theatre days, according to The Queer Encyclopedia of Music, Dance, and Musical Theatre, women were not allowed on stage, so female characters would be played by men dressed as women.

Additionally, the act of “cross-dressing” has been something that has taken place for centuries and become less common as time has gone by.

Still, many are unaware of the true meanings of drag and “cross-dressing.” These two terms are not interchangeable and have entirely different connotations.

The terms “transvestite” or “cross-dresser” typically refer to heterosexual men who dress in women’s clothing, generally in secret, to further fetishize the female gender and its stereotypical appearance.

The more modern culture of drag, however, is dominated by homosexual men as a form of entertainment and expression. Women can also perform as drag kings. Like their male counterparts, they dress and perform on-stage, but as men.

A common misconception of the men who dress in drag, or as drag queens, is that they want to be women. These men may appreciate what it means to be a woman more than other men, but the majority of queens are completely content being men and removing their makeup at the end of a show. There are a few exceptions of men who use drag as a way to cope with their identity.

Probably the most popular example of drag queens in the media is RuPaul and his famous reality TV show, RuPaul’s Drag Race. In the show, queens from around the nation compete in different creative challenges to win the title of America’s Next Drag Superstar.

This year RuPaul hosts the seventh season. The most recent winner of the show, Bianca Del Rio, will be in the Bloomington-Normal area the weekend of Valentine’s Day for Midwest Bisexual Lesbian Gay Transgender Ally College Conference 2015, which is the largest LGBTQlA college conference in the nation.

If you are curious or apprehensive to attend IWU’s 12th Annual Charity Drag Ball, know that in a typical drag show you can expect drag queens and kings lip-syncing, dancing and sometimes a bit of comedy. Tipping the performers is one of the best ways to encourage their hard work, so if you will be attending, make sure to bring some singles. Scandalous clothing is the norm at a show, though mainly for the performers and less for the attendants.