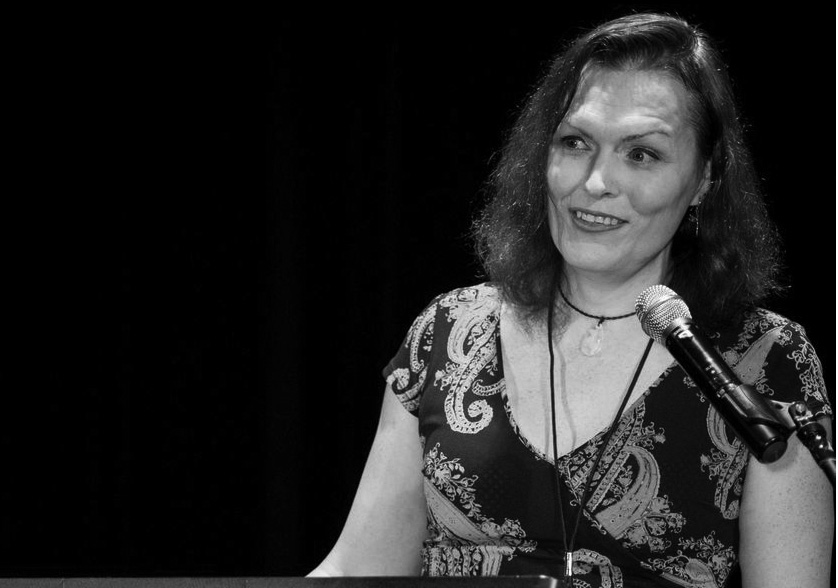 On Nov. 6 at 8:00 p.m. in the Hansen Student Center, sportswriter and editor for ESPN Christina Kahrl graciously chose to spend her birthday speaking to Illinois Wesleyan University students and staff.

Kahrl identifies not only as a transgender woman, but also as bisexual. She is currently married to her wife, Charley. During her presentation of “Becoming a Woman in a Man’s World,” Kahrl walked us through her coming out process, her professional life and her role in lobbying for trans-rights.

From an early age, Kahrl knew she was different but lacked the language to comprehend exactly “what bin” she fit into. It was not until her college years at the University of Chicago that she began to better understand what she was feeling.

While at the university, Kahrl joined a fraternity, attempting to create a “butch” persona, as she was determined to be the “best guy” she could be. After finishing her degrees, Christina came to terms with her sexuality and decided it was time to tell her loved ones.

Knowing that she wanted to explain to her family and friends that she was not only bi, but also transgender, Christina was remarkably open-minded and sympathetic. She explained that any response expressed by her loved ones was valid and understandable, but she wanted only that they “don’t get a vote.” Having been brought up in a family with a matriarchal history and other members who had come out as gay, Christina was, thankfully, well-received after coming out.

Especially in a field that is perceived to be man-centered, like sports writing, negativity towards the bravery exhibited by a transgendered female writer is expected. It was extremely pleasing and uplifting to hear that the majority of her experiences with family and coworkers were positive and validating.  While some responses Kahrl received were not entirely politically correct, and semi-sexist, they seemed, at least to her, to have supportive intentions.

Though she seemed to have one of the few positive experiences with being transgendered, Kahrl has encountered many people who were not so lucky. She discussed her dealings with the Chicago Police Department, making everyone aware of their atrocious treatment of transgendered people and the holding cell conditions they faced that could potentially encourage assault within their facilities.

Additionally, she told of her fight for her right, and the right those of other transgendered individuals, to medical care and health insurance. At one point being told the only way she could get them was to take legal action. With the society they live in, members of the LGBTQA+ community face some of the highest risks for mental health issues, assault and suicide. Kahrl shared her painful experience about several of her friends she has lost over the years to all of these things.

As a self-proclaimed “Z-list celebrity,” Christina uses her influence to strive for basic human rights and awareness. Her heroism is inspiring. Her amazing quotes cause introspection, one of the best being: “For whose benefit do I exist?”

As a reminder to supporters and advocates of the LGBTQA+ community, please join us on Thursday, Nov. 20 in the Evelyn Chapel for Trans Day of Remembrance to honor those lost or harmed over the years due to violence and mental illness.