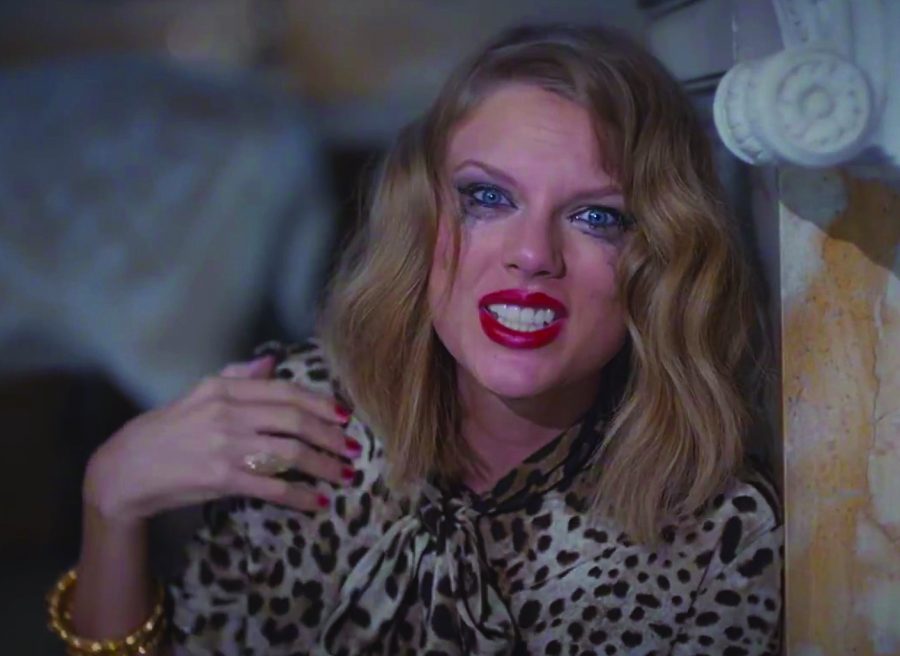 Let’s get this straight. I never have been, nor will I ever be, a fan of Taylor Swift or her music. But when she released her new music video for her track “Blank Space” on Monday, Nov. 10, I had to go with the trend on my newsfeed and press play.

Having never heard Swift’s “Blank Space,” I was surprised to find that her song isn’t as incredibly grating as some of her other, less lyrically crafty tracks such as “Shake it Off” and “I Knew You Were Trouble.” That being said, I wouldn’t call Miss Swift the next lyrical Shakespeare of the twenty-first century, which is to be expected of the country-gone-pop artist.

“Blank Space,” the second track of Swift’s newest album, 1989, describes a budding relationship that will either “last forever” or “go down in flames.” Swift is not shy about admitting that she’s an extremely jealous partner whose ex-lovers think she’s insane, and even less shy about showcasing her jealous, manic rage in her music video.

I think it’s totally fine for Taylor Swift to express herself however she wants, but I was a little puzzled with the message I took away from her video for “Blank Space.”

The scene starts out calm and serene and beautiful. Swift is dressed up like a 1920’s flapper girl, adorned with a fluffy white cat and her iconic staple – the red lips. Her newest beau pulls up in a fancy, expensive car, and the two of them enjoy an afternoon of drinking champagne, dancing, carving their names into trees and making googly eyes at each other.

But, as Swift says, the tables quickly turn. After she “find[s] out what [he] want[s]” and is “that girl for a month,” (only a month, really?) everything goes awry when “Sean” is seen texting on his phone and she realizes that he’s got another lady in his life. And that’s when she goes nuts.

The picturesque relationship quickly turns sour when T-Swift blows up, singing that she gets “drunk on jealousy” just before she throws a pot of flowers at her man.

Then, the scene cuts to a hysteric Swift, face covered in mascara as she grieves the loss of the latest in her line of exes. She then proceeds to trash everything he owns—his portrait in the hallway, his phone, his clothes and, of course, his expensive whip.

I guess what I’m not understanding is why Taylor Swift would want to portray herself as the bat shit crazy ex (of a month, none-the-less) who lowers herself to the standards of a typical sixteen-year-old hormone-filled and rage-driven victim that takes her revenge in the most immature way possible.

While she may be dressed like a sophisticated, poised woman throughout the video, Swift definitely shows the underbelly of her personality, and I’m not finding it attractive. Nobody wants to mess around with a woman who is likely to smash their car and cut holes in their shirts—and I definitely wouldn’t want to be portrayed as a woman who did that.