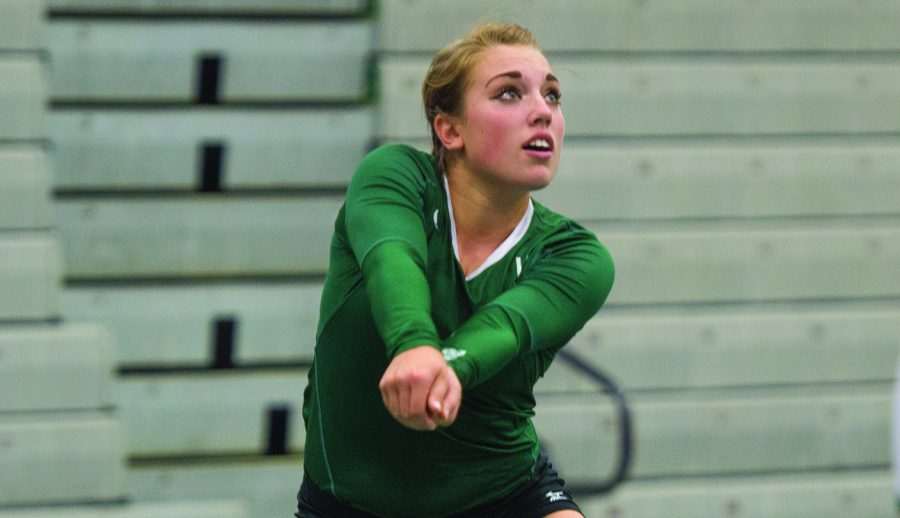 The Illinois Wesleyan University women’s volleyball team opened up the Barker Chevrolet Classic II with a 1-1 record on Friday, Sept. 19.

The tournament took place at the Shirk Athletic Center in Bloomington, including seven other division three participants.  The Titans dropped their first match to Aurora in a close four-set decision.

A mere four hours later, the Titans defeated Monmouth in three sets. Leading the charge against Monmouth was Block with an astounding tally of 16 mills.  Greybar added nine kills and Cummings had seven.  Junior Mary Rankin led the Titans defense with 11 digs.

This weekend was crucial for the Titans as they enter CCIW conference play this upcoming week.

They will need to bring the same energy and focus when they take on the Vikings of Augustana, who have compiled an impressive 10-1 record so far this season.   IWU will travel to Rock Island on Wednesday, Sept. 24 to take on the Vikings at 7:00 p.m.